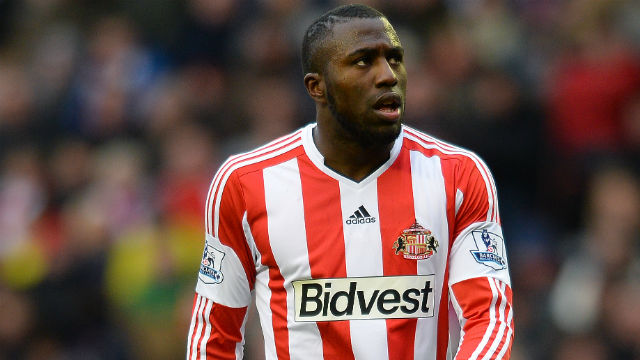 Jozy Altidore is determined to avoid another relegation fight this season, as Sunderland seek their first win of the Premier League campaign.

As memorable as the Black Cats’ battle with the drop was last term, including wins at both Chelsea and Manchester United and drawing at eventual champions Manchester City, the Stadium of Light faithful would doubtless prefer to be more comfortable this time round. But results in the opening five fixtures suggests Gus Poyet and co still have much work to do in the coming months.

Sunderland have drawn four of their outings thus far, sandwiched with a disappointing defeat at Queens Park Rangers at the end of last month. Speaking after scoring his first goal to defeat Stoke City in the League Cup earlier this week, Altidore has stated his determination to avoid a repeat of last season’s struggles, but he believes he and his team-mates need to toughen up.

“All of us, strikers, everyone, have to be nastier,” said the USA international. “Make sure, when people play us, they have to really work for it. We have played fairly well, but now we have to get the first win. We don’t want the shadows of last year following us around this season. We have had a decent start and now, with the home schedule we have, we have to take three points.”

This home schedule begins on Saturday afternoon with the visit of Swansea City, followed by Stoke next weekend. A trip to Southampton, currently second in the table, is next up, and then it is back at the Stadium of Light to take on Arsene Wenger’s Arsenal on 25 October.

Do Sunderland merely need to toughen up, as Altidore suggests, or do their problems run deeper than this? Let us know what you think by joining the discussion below.