Steven Gerrard admits he would love to manage Liverpool in the future.

The Anfield skipper has spent his entire playing career at his hometown club, and will go down as one of the greatest to have ever worn the red shirt. Although it looks highly unlikely he will ever get his hands on a Premier League title, he can boast a CV which includes the 2005 UEFA Champions League, a Uefa Cup, two FA Cups and three League Cups.

Now approaching the end of his career, the England international is considering his options for when he will be forced to hang up his boots. And it perhaps comes as no surprise to learn that in the future, his ultimate dream would be to manage his beloved Reds.

“When you get to a certain age, my age, you need to start thinking seriously about a life after football,” the 33-year-old midfield player told the latest TwentyFour7 Football Magazine. “I am planning on doing my badges and qualifications over the next 12 months. I definitely see myself as a manager rather than a coach, but that could change.

“The dream come true would be to manage Liverpool.  There are world-class managers there ready already but we’ll have to wait and see, it would be the icing on the cake. I remember speaking to Jamie Carragher and he really fancied it but he’s decided media is what he wants to do. It is strange seeing him on Sky but I’m really delighted he’s doing it. He can leave managing Liverpool to me!”

Whilst Gerrard would no doubt be welcomed as a future manager of the Merseyside club, the current incumbent is impressing in the role this season. Brendan Rodgers’ side have won all three of their Premier League matches so far, including a 1-0 win over Manchester United on Sunday, meaning they head the table going into the international break. Although they remain long-shots to still be in such a position come May, it has raised their hopes for a top-four finish. 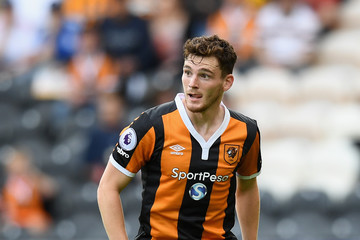