takefootball has a look over the past nine months and dishes out the plaudits for Player, Manager, Signing, Unsung Hero, Flop, Goal and Game of the Season. 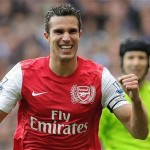 Player of the Season

I had a policy of not picking any Arsenal players in my Fantasy Football team at the start of the season, due to their knack of picking up injuries. So in hindsight, it comes as no surprise that Robin van Persie has enjoyed his best season yet. The Holland international played in all of the Gunners Premier League matches, and his return of 30 goals is a personal best. Without him, it is fair to say UEFA Champions League football would not be on the menu at the Emirates Stadium next season, but can Arsene Wenger persuade him to sign a new contract?

Manager of the Season

I always think this award should go to the manager of the champions, and this season is no different. The way Roberti Mancini handled the Carlos Tevez affair won him many admirers, and whilst there were a few who disapproved when he welcomed the Argentine back into the squad, ultimately it was a decision which has paid dividends after Manchester City won a first league title in 44 years. Also, the Italian coach can reasonably argue that he even got the better of Sir Alex Ferguson in the mind games, having all but conceded the title to Manchester United last month before seeing his pressure-free players embark on a six-game winning streak.

Signing of the Season

He may have cost a handsome fee at a reported £38million, but Sergio Aguero has been pivotal in Manchester City’s march to the title. From his stunning debut, in which he came off the bench to score twice in 30 minutes against Swansea City, the Argentine has taken zero time to make the maximum impact in England. His final goal of the season, which was his 23rd in 34 games, was the decisive one, and he also ended his debut campaign with ten assists to his name. And when compared to his compatriot and fellow City striker, the 23-year-old refreshingly seems to have no problems in settling in Manchester. Chelsea and United, both of whom had been linked with the former Atletico Madrid man in recent years, must be kicking themselves.

Unsung Hero of the Season

Nemanja Vidic’s injury was a huge blow as Manchester United looked to retain their Premier League title, but this was lessened by the contribution of Jonny Evans. The Northern Ireland international has often been questioned in the past, but he enjoyed his best season yet for the Reds, clocking up 29 league appearances and even chipping in with his first goal for the club in the 5-0 win at Wolverhampton Wanderers. With Rio Ferdinand approaching the end of his career, the 24-year-old could become even more important in coming seasons.

Worth a Shout: Ramires (Chelsea)

Flop of the Season

Aside from his performance in the Carling Cup final, Stewart Downing has been a £20million disaster for Liverpool. The England international ends the season with no goals and no assists to look back upon, which is a far cry from last term when he scored seven and created the same number for a weaker Aston Villa side.

Goal of the Season

There are plenty of candidates in this field: Cisse’s wonder volley against Chelsea, for example, or Peter Crouch’s effort for Stoke City against Manchester City. But I’d go for van Persie’s first time volley against Everton; the pass from Alex Song was inch-perfect, and the way the Dutchman followed the flight of the ball before clinically dispatching past Tim Howard was simply sensational.

Game of the Season

Just for the sheer drama and for what was riding on it for both sides, it would have to be Manchester City 3-2 Queens Park Rangers. Still not quite as dramatic as Arsenal’s final day win at Anfield back in 1989, but certainly the most thrilling finale to a campaign since the inception of the Premier League.

Worth a Shout: Chelsea 3-5 Arsenal