Optimism is hardly in short supply amongst football fans at this time of the year, but it’s hard to see anything other than a season of struggle for Blackburn Rovers. 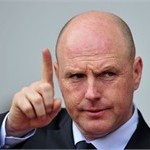 Steve Kean recently offered his opinion that, within four years, UEFA Champions League football will be on the menu at Ewood Park. Unless the competition’s parameters change drastically to allow for more clubs from each country access, it is difficult to foresee how they can dislodge three of the current top six sides in the Premier League during this period.

David Dunn has taken things a little slower, this week suggesting that as things stand, Blackburn are capable of at least finishing in the top ten this season. Again, when all the other clubs in the division are taken into consideration, this is likely to be an opinion not many outside of this particular Lancashire town are likely to share.

Ryan Nelsen, meanwhile, has expressed his disapproval of the criticism which has been directed at the clubs Indian owners, the Venky’s. The New Zealand international has called for fans to be patient, insisting there is no cause for panic at their lack of transfer activity, and that the new regime has the club in their hearts and the future is nothing but bright.

Despite this call for calm, Rovers fans can’t be blamed for nervously glancing towards the panic button. Their team, remember, survived relegation only on the final day of last season, and despite reports of the owners making £30million available for Kean, they have so far failed to make a single signing aside from Myles Anderson, a 20-year-old defender who last term made just one first team appearance for Aberdeen.

It seems laughable to think back to January, when there was talk of David Beckham and Ronaldinho being targets for the Venky’s. Indeed, such fantasy signings have continued to be mooted in recent weeks, with Emmanuel Adebayor, Jermain Defoe, Axel Witsel and Mirko Vucinic all being named as fanciful wants for the proud winners of the 1995 title. Yet perhaps such targets should be placed on hold until that Champions League qualification is secured.

Equally as worrying is the departure of Phil Jones, a £16million signing for Manchester United. Granted, this was a deal Rovers would have struggled to block, but six weeks have passed since and no replacement has yet been found. And with Christopher Samba continually linked with Arsenal and Tottenham Hotspur, it would hardly be a surprise if their other quality central defender was sold before the window shuts next month.

Dunn’s opinion Rovers can finish in the top ten this season is that of a supporter of the club, which he has been all his life. In reality, such a final placing would, with this current pool of players, be a fine achievement. Of course there is nothing wrong with aiming high, but unless new faces are added to improve the squad in the coming weeks, a seventeenth placed finish would probably be acceptable. And with two of their last three fixtures being away to Arsenal and Chelsea, fans should be hoping safety is secured before the final straight.

Revealing his belief that the club will soon be rubbing shoulders with the likes of Barcelona and Milan was not a wise move, but you have to feel for Kean. The shock choice to replace Sam Allardyce last season, he was charged with the task of achieving something his predecessor was certain to achieve anyway – and he almost made a pig’s ear of that. The only thing more certain than Ronaldinho snubbing a move to Ewood is that if results at the start of the season are poor, it will be the Scot who pays the price and not those who appointed him in the first place.