As much as Sam Allardyce would love to add Dimitar Berbatov and/or Andy Carroll to his West Ham United squad this summer, he accepts neither is likely to join. 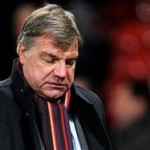 Despite top-scoring as Manchester United won title number 19 in 2010-11, Berbatov was largely overlooked by Sir Alex Ferguson last season, although he still managed a healthy return of seven goals in just a dozen Premier League outings. Earlier this week the player confirmed he would be looking for a transfer away from Old Trafford ahead of the coming campaign, and there is certain to be plenty of interest with an asking price set at just £5million.

Zlatan Ibrahimovic has completed a move to Paris St Germain which would offer a space in the Milan side for the 31-year-old, whilst Juventus have also been mooted as a possible destination as they look to build on their Scudetto success of last season. For Allardyce to persuade the former Tottenham Hotspur striker to snub these two giants of Italian football, not to mention the UEFA Champions League football both can offer, in favour of a move to Upton Park is somewhat unlikely.

The Hammers boss, though, insists he has made no contact with Ferguson or his club in regards to Berbatov, despite media speculation suggesting he had lined him up as a marquee signing to announce their return to the big-time.

“That’s pure speculation in the media,” Allardyce told Sky Sports. “I haven’t had any contact with Sir Alex Ferguson. There was a statement from Dimitar saying he’s available for £5million. Everybody knows we’re looking for a striker so they say we’re in for him, but I’ve not had any conversations with Sir Alex.”

One player the Londoners have expressed an interest in is Carroll, who looks increasingly likely to leave Liverpool in the coming weeks. The 23-year-old joined the Reds for a club record £35million in January 2011, but he has failed to find anything like his best form and has no future in Brendan Rodgers’ plans for the future.

A return to Newcastle United seems the most likely option, either on loan or in a permanent switch, especially after Allardyce admitted that, despite his best efforts, he has made little progress in luring the England international south.

“I think that we’re not in a situation where we can secure a deal with Andy or Liverpool at the moment,” he added. “We talked to them, we had some negotiation. But at the moment there is nothing progressing forward on Andy coming to West Ham. We’ll just leave it as it is and move on with other players.”

It hasn’t been an entirely fruitless summer for Allardyce so far, with Modibo Maiga, the Mali striker, completing a move from Sochaux on Wednesday. Jussi Jaaskelainen has been signed to replace Robert Green in goal, with Stephen Henderson recruited from Portsmouth to provide cover. Mohamed Diame, the Wigan Athletic midfielder, is another free transfer arrival, whilst defender George McCartney has rejoined from Sunderland for a third spell in the capital.