Derek Shaw is confident that Jordan Rhodes will still be a Blackburn Rovers player by the end of the season, despite mounting interest in his signature.

The Ewood Park outfit, one of just five sides to have won the title since the inception of the Premier League, have posted losses of £36.5million in 2012/13. And as they look to cut costs in the coming months, it has inevitably been suggested that they may have to part with their most saleable assets in a bid to help balance the books.

There is no doubt that prolific striker Rhodes, who has scored ten goals in 14 league appearances this season, is the player who would receive the most cash if he were to be sold. However, Shaw has moved to play down fears from supporters that the Scotland international could be on his way out during the January window.

“There has been no discussion about selling players – absolutely no discussions at all,” he Rovers managing director told the Lancashire Telegraph.  “The owners want this club to get back to the Premier League, so those discussions haven’t taken place. And if they were to take place, they would be through correspondence with the manager.

“Like any club, the transfer window is coming and we don’t know what’s going to happen. There may be clubs out there who fancy some of our players. But we are not attempting to sell our first-team players, and that is on the instruction of the owners.”

Rhodes, who cost £8million when he joined from Huddersfield Town in August 2012, remains under contract in Lancashire until 2017. He has been linked with a host of Premier League clubs, and despite the positive words from Shaw, Blackburn may find it difficult to retain him should a large offer arrive during the winter. 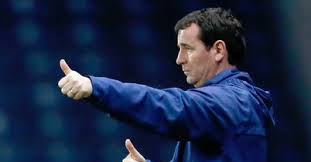 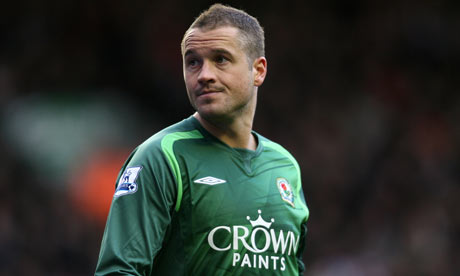