Chelsea’s bid to get their campaign on track has suffered a below after the Football Association handed a three-match ban to Diego Costa.

The Spanish international was at his most controversial self on Saturday afternoon, when he put his hands in the face of Laurent Koscielny during the Blues’ 2-0 win over Arsenal. He then clashed with Gabriel Paulista, who was shown a red card by referee Mike Dean although this has since been rescinded by the FA who have also charged him with improper conduct.

Costa had until 18:00 BST on Tuesday (today) to answer this charge of violent conduct, and although he denied the accusation, the FA have upheld their decision and handed him a three-match suspension. This means the 26-year-old will miss the League Cup clash against Walsall on Wednesday, and Premier League games against Newcastle United and Southampton.

This will come as a blow to Jose Mourinho, who is frantically trying to get Chelsea’s season on track after a disappointing start to the campaign. Their win against the Gunners was just their second of the campaign, and the champions find themselves in 15th place already eight points off leaders Manchester City, who suffered a surprise 3-1 home reverse to West Ham United on Saturday.

Meanwhile, Gabriel has until 18:00 BST on Thursday to reply to the charge of improper conduct after he failed to immediately leave the pitch after being dismissed, and the same timeframe has been issued to both clubs who have been accused of failing to control their players. 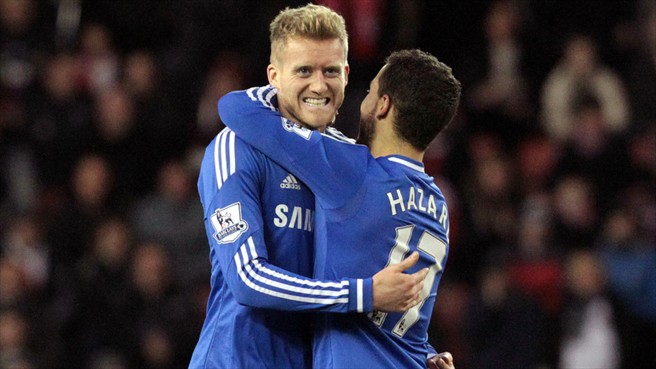