Gus Poyet was officially unveiled as the new Sunderland manager on Tuesday, and he is confident he can keep the club in the Premier League.

The Black Cats were dragged into a relegation fight last season, which resulted in Martin O’Neill being replaced by Paolo Di Canio at the end of March. The Italian recorded two wins which was enough to secure top-flight survival, but he was dismissed after just five games of the current season having collected just one point from a possible 15.

Poyet was immediately installed as favourite to become the next boss at the Stadium of Light, having earned a reputation as one of the best young coaches in the country during his time at Brighton & Hove Albion. And the 45-year-old was officially unveiled by the club on Tuesday, before acknowledging he has a difficult challenge ahead of him.

“It’s going to be a difficult challenge, but I’m ready for it,” he said. “When you’re at the bottom in the situation that we are, everyone will say it’s going to be difficult. The idea here is to believe and to be convinced. From what I see, I do believe that we can get safe. I need to convince the players and everybody. I need to make sure that players, staff, fans and directors believe in this opportunity that starts today.

“I’ve had one job as a manager so far and I was in it for four years. Every time a new manager arrives, he wants to stay as long as possible and prove he was the right choice. I am a confident, positive person but it’s too easy to talk in advance. I want to prove it. I want to show you. When we get to the end of the season, I hope we are going to be sitting here smiling and I hope I can show I can do it at this level.”

Poyet, who was a prominent player for both Chelsea and Tottenham Hotspur, began his coaching career at Swindon Town in 2006 before joining Leeds United as assistant manager, a position he also took up at White Hart Lane 12 months later. In his first managerial post he led Brighton to the League One title, and last season they reached the Championship semi-finals, after he was controversially sacked following defeat to Crystal Palace.

His new job will begin now, and he has the best part of two weeks to get used to his new surroundings before the Premier League resumes after the international break. Sunderland, who took the lead against Manchester United on Saturday before surrendering to an Adnan Januzaj brace, travel to Swansea City on 19 October, whilst rivals Newcastle United provide the opposition for the Uruguayan’s first home match a week later. 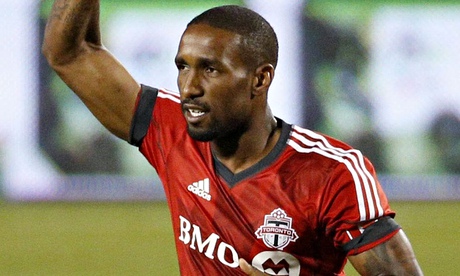