An emotional Rickie Lambert has officially completed his return to Liverpool, some 17 years after his hometown club rejected the chance to sign him.

The England international, who is part of Roy Hodgson’s squad for the World Cup Finals this summer, was released by the Reds as a 15-year-old schoolboy, before embarking on a career which took in spells at Blackpool, Macclesfield Town, Stockport County, Rochdale, Bristol Rovers and, most notably of all, his previous employers Southampton.

Lambert was instrumental in helping the Saints on their remarkable rise from League One to the Premier League, and over the past couple of seasons, he has proven himself worthy of his place in the top-flight having scored 28 times during this time. This led to Liverpool agreeing to pay an initial £4.5million for the 32-year-old striker, who couldn’t hide his delight at returning to his boyhood club after penning a two-year contract.

“I can’t believe it. I’ve loved this club all my life. I left here 17 years ago – and I haven’t stopped loving it since,” he told the official club website. “I have always dreamt of playing for Liverpool, but I did kind of think the chance of playing for them had gone. I didn’t think the chance would come. I know how big Liverpool are – and it means everything to me – but I know what is important; I know it’s what I do on the pitch and the minutes I play.”

Brendan Rodgers is expected to make more signings before the start of the new season, as he prepares for the challenge of UEFA Champions League football. Lambert will likely play backup to Luis Suarez and Daniel Sturridge for the Reds, and will probably find most of his starts in the domestic cup competitions. His arrival could now signal the permanent departure of Fabio Borini to Sunderland, where he impressed on loan last term.

These will be worrying times for Southampton fans, meanwhile, who have already seen manager Mauricio Pochettino leave for Tottenham Hotspur this summer. Luke Shaw, their teenage fullback, has been widely tipped to join Manchester United in a £27million deal, whilst Adam Lallana could join Lambert at Anfield. The St Mary’s club, though, insist there will be no mass exodus of the squad which delivered an eighth place finish last season, but admit they would be forced to listen to any substantial offers.

An official club statement said: “Southampton Football Club can confirm that we have received multiple offers for some of our players in the past weeks. We are staying true to our plan and vision and, as a result, we have no need to accept any offers. We are deep in the process of appointing a new manager who will continue to move our club forward. It remains our preference not to partake in any transfers until the new manager is in place.

“There may be circumstances under which the club will feel it is right for a player to move on. Those circumstances have to be right for the club and the player. This is the case with Rickie’s move to Liverpool. When Rickie requested to leave for Liverpool, the club felt it could not stand in the way of having him fulfil his boyhood dream of playing at home.” 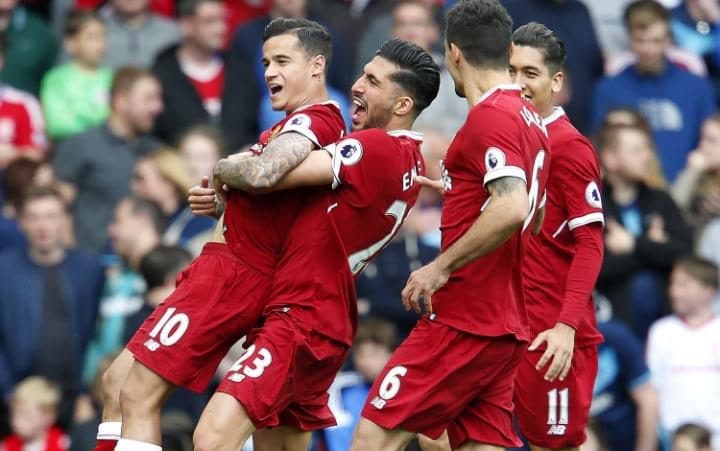