Patrice Evra has hit back at his Manchester United critics, who claim a lack of competition has led to him taking his place for granted.

The France international has come in for some criticism of late, with many pundits believing he has struggled to find his best form since the 2010 World Cup Finals. And with Sir Alex Ferguson signing Alexander Buttner this summer, the 31-year-old can no longer be assured of his place in the Reds starting XI.

The new boy began his career in England with a fine performance in the 4-0 win over Wigan Athletic earlier this month, a game which he marked with a goal. And although Evra was back in the line-up for the 2-1 win over Liverpool at Anfield on Sunday, it is clear he has a fight on his hands to retain his position.

However, the former Monaco man has hit back at suggestions that competition for his place is a new concept for him. Indeed, the defender is quick to point out that when he arrived at Old Trafford in January 2006, he did so at a time when Gabriel Heinze’s stock was high amongst fans whilst compatriot Mikael Silvestre was still at the club.

“It is too easy for people to say that now we have bought another left-back Patrice Evra will have to fight for his place,” he said. “Patrice Evra has always fought for his place. If someone is there or not I will fight because you have to respect the shirt.

“When you play for Manchester United that is always the big challenge. When I am not playing I just stay with my family so I wasn’t aware of personal criticism towards me. It is the first time I have heard that and I don’t like it.

“But when I hear people say Patrice never had someone to fight him for his place I think they have bad memories. They forget very quickly how I got to become Manchester United’s left-back. I fought with two great players in Heinze and Silvestre.” 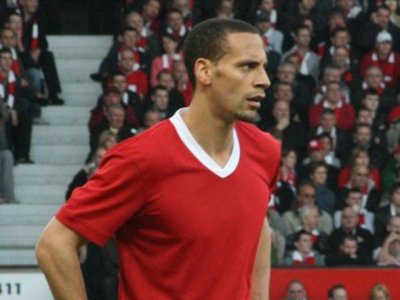