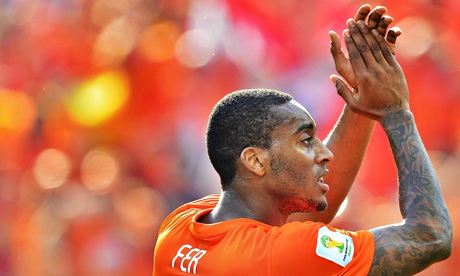 Leroy Fer has sealed an instant return to the Premier League, after completing his transfer to Queens Park Rangers on Wednesday.

The Holland international initially pitched up in England last summer, when Norwich City paid a reported fee of around £6million to take him from FC Twente. Despite impressing in his debut campaign, the midfielder was unable to prevent the Canaries from relegation, and he has since been linked with a switch from Carrow Road.

Harry Redknapp has been leading the chase for the 24-year-old for much of the summer, and the QPR boss has finally got his man after agreeing an undisclosed fee, believed to be in the region of £8million, for his signature. Fer has signed a three-year deal with the Loftus Road club, and he can’t wait to return to the top-flight.

“It was always my dream to stay in the Premier League,” he said. “QPR did well last season and the squad is full of top players, so I’m delighted. Harry told me I was a big target for him and when you hear that from a coach, you want to work with them and play for them. I’m just looking forward to showing what I’m capable of here.”

Fer will also no doubt see this move as a chance to further his international career. A part of Louis van Gaal’s World Cup squad in the summer, he scored in the 2-0 win over Chile in the group stage and has seven caps to date. He will now hope to be involved under Guus Hiddink in the matches with Italy and Czech Republic next month.

Redknapp’s side began their return to the top division with a disappointing 1-0 home reverse to Hull City, and will look to upset the odds in their next match when they travel across the capital to face Tottenham Hotspur on Sunday. Their latest signing – and their fifth of the summer, is available for selection, and will hope to be involved as he looks to help his new side avoid the same fate as his previous employers last term. 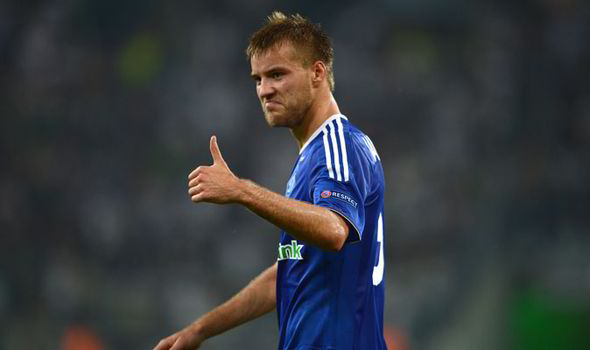