It will come as no surprise to learn that Sir Alex Ferguson is ready to meet the challenge set by neighbours Manchester City in the coming season. 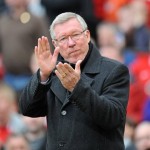 For a few brief minutes on the final day of last term, it looked as though Manchester United would get their hands on title number 20 after all. Despite losing twice to their noisy neighbours and blowing an eight-point lead at the head of the table, it appeared as though their 1-0 win at Sunderland, coupled with Queens Park Rangers’ efforts at the Etihad Stadium, would get them over the line in the most dramatic fashion.

However, stoppage time goals by Edin Dzeko and Sergio Aguero rendered the need for champagne redundant on Wearside, as Roberto Mancini’s men recovered from a 2-1 deficit to win their first title since 1968. It was the most bitterest of blows to Ferguson, who had to learn of his side’s fate on the Stadium of Light touchline.

The Reds manager has responded by quickly adding Shinji Kagawa, the South Korean midfielder, from Borussia Dortmund in a £12million deal. Chelsea, who finished outside the top four last season, have also improved their squad although finding a replacement for Didier Drogba remains imperative, whilst Arsenal, for all the hullabaloo over Robin van Persie, have signed two international strikers for a combined fee in the region of £25million.

City, meanwhile, have so far kept their powder dry. It would be a major surprise where this to still be the case by the time the transfer window closes on 31 August, especially as Mancini is determined to win the UEFA Champions League after it eluded him during his time in charge of Internazionale.

Such is the strength of the Italian’s squad at the Etihad, however, that even if he did resist the urge to spend more of Sheikh Mansour’s cash, the Blues would likely start the season as favourites to retain their crown. Ferguson may not agree with such an assessment, but the Scot is once more prepared to rise to a challenge he has faced many times before, albeit in different guises.

“If you look back over different periods, you see we recover,” he told the official club website. “When Arsenal won the title from us in 1998 we went and won the Treble the next year. We accepted the challenge and did something about it.

“Then Chelsea came along and got off to a flyer in the league for the first two years. We changed our pre-season a little to make sure we got off to quick starts. That allowed us to get the title back. That’s happened three times in the last 14 or 15 years.

“Recovery is so important and the same applies this season. There’s not any difference. It will be special, but not more special than in previous years. We want to recover the title. That’s our priority number one – to win the title back.”