The signing of Robin van Persie is seen by some as an unnecessary extravagance for Manchester United, but if anyone deserves to indulge himself in a luxury transfer then it is Sir Alex Ferguson. 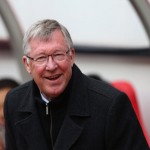 Having rejected an extension to a contract which had entered its final 12 months, it was always likely Arsenal would have to cash in on their captain this summer. Ideally, the Gunners would have preferred to sell van Persie abroad. But with Juventus, the only club showing serious interest, unwilling to match their valuation, it was always likely the 29-year-old would be heading north. Many expected him to join his former pals such as Samir Nasri and Gael Clichy at champions City, but he has instead agreed a four-year contract to link up with United.

It is believed the Reds will pay an initial £20million for the striker, which could rise to £24million depending on various factors. Such an amount has raised eyebrows, not just because of the Dutchman’s age and previous injury record, but because this signing doesn’t quite fall in line with United’s recent transfer policy of signing players with one eye on the future.

Since winning the UEFA Champions League in 2008, United have signed 22 players, which includes the pending deals for van Persie and Angelo Henriquez, who is expected to complete his switch from Universidad de Chile in the coming days. The average age of these additions is just over 21, with van Persie and Michael Owen, the latter of whom arrived on a free transfer, the only two over 28.

Of course this policy of buying players who could remain at Old Trafford for years to come hasn’t been a cheap one, with David de Gea (20-years-old when he signed), Phil Jones (19), Ashley Young (25), and Antonio Valencia (23) all costing upwards of £16million, whilst Chris Smalling (20) was another £10million, and this summer £12million was spent on Shinji Kagawa (23). Even Dimitar Berbatov, who cost a club record £31million, was only 27 when he joined from Tottenham Hotspur.

So the signing of van Persie has raised some suggestions that this could be the first real sign of Ferguson eyeing the end of his illustrious era at United. Now he feels the players are in place to serve the club for the best part of next decade, he can rest easy knowing his successor has every chance of continuing the success he has brought to the club. With that in mind, so the theory goes, he decided for one last marquee signing, and van Persie fit the bill perfectly.

It remains to be seen how much substance such a claim has. Perhaps more realistically is the simple fact that the Footballer of the Year, who scored 30 times in the Premier League last season, came on the market, and whilst a potential £24million could be considered costly, Ferguson couldn’t resist. That the signing also happens to rub up an old rival like Arsene Wenger and a new rival in Roberto Mancini only adds to the appeal. It could well be a signing of self-indulgence for Ferguson, but if anyone deserves such a luxury, then it the man who has led his side to 12 league titles.

How van Persie fits into United’s system is another matter altogether. A return to a 4-4-2 formation, in which the Dutchman would partner Wayne Rooney, would appear the obvious choice. With Nani and Valencia supplying the ammunition from the flanks, you would be hard pushed to find a more explosive attacking quartet in Europe, let alone the Premier League.

Another option would be to play van Persie as a lone striker, and drop Rooney into a slightly deeper role; a position which was perhaps earmarked for Kagawa before this latest arrival to the ranks. There is even the suggestion that the England international could be dropped so deep as to even be considered a central midfielder, which would allow Danny Welbeck or Hernandez to link up in tandem with the former Arsenal number ten.

Accommodating van Persie is something for Ferguson to dwell on ahead of the trip to Everton on Monday evening, and indeed for the duration of the coming campaign. Yet far from causing a headache, one rather feels it is a situation the Scot relishes.