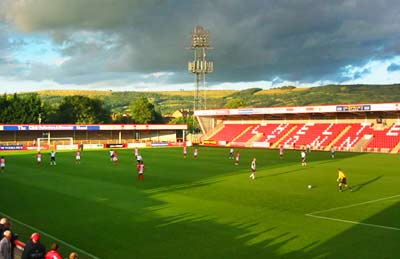 Craig Braham-Barrett has signed a permanent deal with Cheltenham Town.

The 25-year-old initially linked up with the League Two club on loan from Macclesfield Town until the New Year, and he has played in all four of their games so far this season.

But after impressing during these outings, Braham-Barrett has now signed a permanent contract with the Robins, much to the delight of Mark Yates.

“We like what we’ve seen and it’s great to sign Craig permanently,” the Whaddon Road boss told the official club site. “It was the right move for ourselves, Macclesfield and Craig himself. He has done well since joining us on loan and there’s a lot more to come too. The hard work starts here and Craig is ready for that.”

Braham-Barrett was a youth team player at Charlton Athletic, but joined Eastleigh when the Addicks released him in 2007. He has gone on to play for East Thurrock United, Welling United, Peterborough United, Grays Athletic, Farnborough Town, Havant & Waterlooville, and Sutton Town before joining Macclesfield last year.