Shaun Maloney feels the key to Wigan Athletic’s fight against relegation will be their home form, which so far this season has been nothing short of abysmal. 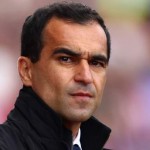 Whilst the Lancashire side may well have settled for a 1-1 draw at Norwich City before they took to the field on Sunday, in truth the point gained at Carrow Road does little for their survival bid. And when Roberto Martinez looked back on the game, he would likely have seen it as two points dropped due to the chances spurned by his side.

To preserve their top-flight status and ensure an eighth successive season amongst the elite, the Latics now have ten matches to dig themselves out of danger, five at home and five away. Whilst four of their five wins this term have come on their travels, not many would expect them to come away from Liverpool, Chelsea or Arsenal with anything to show for their efforts, whilst Fulham have lost just three times at Craven Cottage and their penultimate match is at rival strugglers Blackburn Rovers.

With such a tough looking run-in away from home, Maloney has turned his attention to the five remaining matches at the DW Stadium. However, so far Wigan have lost seven times in front of their own fans and won just once, the 2-0 win against Queens Park Rangers way back in August, with draws equating to another six points.  Unsurprisingly, this is the worst home record of any side in the division; and as for their return of 11 goals in these 14 fixtures, no other team in the Football League has scored fewer in front of their own fans.

The Scotland international, though, knows the best chance of staying up this season is likely to come from a turnaround in home form rather than taking points on their travels to three of the four sides battling for two UEFA Champions League places.

“There are ten games left and they’re all vital, none more so than Saturday because it’s a home game,” Maloney told the official club website ahead of the visit of Roy Hodgson’s West Bromwich Albion on Saturday afternoon. “Everyone is well aware we have to improve our home form because it’s not been good enough.”

Aside from the Baggies, the Latics welcome Stoke City this month, whilst the visits of Manchester United and Newcastle United form part of a tricky April, before they end the campaign with a potential winner-stays-up clash against Wolverhampton Wanderers.  Against all the odds, Martinez pulled off a dramatic escape act on the final day of last season. To do likewise this time round would arguably be an even bigger achievement.