Alex Kacaniklic believes Fulham have developed a winning mentality under Martin Jol, as they look to finish the Premier League season on a high. 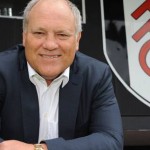 As they ended the month of September without a single league win to their name, some were predicting a campaign of struggle for the Cottagers. However, Jol was given time to implement his own ideas and style at the capital club, and with just two matches remaining, a relegation fight has been off the agenda for some time.

Although they were thumped 4-0 at Everton on Saturday afternoon, Fulham bounced back on Tuesday night by recording a 1-0 win in the red half of Merseyside. This was the first time they had ever won at Liverpool, and must have been of particular satisfaction to Kacaniklic. The Swedish youngster spent three years at Anfield before being offloaded when then-Reds boss Roy Hodgson included him in part of the Paul Konchesky deal.

Speaking after the game, the 19-year-old revealed how he and his team-mates have gained a winning mentality under Jol, expressing their determination to end the season on a high by taking maximum points from Sunderland and at Tottenham Hotspur.

“The team is desperate to get as many points as possible between now and the end of the season because we’ve got a winning mentality,” Kacaniklic told the official club website. “Everyone here wants to win and we would never think that we don’t have anything to play for. We go into every match wanting to win and we did just that.”

It could well be a successful debut season for Jol. Their win on Tuesday has taken them to 49 points, which is the same tally Mark Hughes recorded last season. If they do manage to win their last two matches they will beat their best total in a Premier League campaign, which currently stands at the 53 achieved under Hodgson in 2009. That year they finished in their highest position – seventh – and they can match this as well, albeit only if results go their way in regards to Everton and Liverpool.

Fulham in the Premier League