Ledley King called time on his playing career on Thursday morning, and he does so with the reputation as one of the best defenders of the Premier League era. 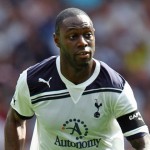 The 31-year-old first linked up with Tottenham Hotspur at the age of just 14, and so rare in the modern game, he spent his entire career at the club. Having been in the first team picture for the past 13 years, the player bows out after making a total of 313 senior appearances, as well as 21 outings for England.

Due to the chronic knee complaints which have blighted his progress, King understandably had concerns that he wouldn’t be able to perform at the highest level next season, at a time when Spurs are embarking on a new era under Andre Villas-Boas. Considering the further, and long-term, damage prolonging his playing days would have brought, his decision is clearly the correct one.

In truth, his retirement has been on the cards for some time. His inability to train meant he was rarely able to meet the demands of playing twice a week, and he has been restricted to just 21 Premier League appearances over the past two years. But such was his quality, he would often be saved for the bigger games, in the knowledge that when fit, there were few better in the division.

When King looks back on his career he will do so with immense pride at being such a long-time servant and captain to his beloved Tottenham, as well as featuring for his country at Euro 2004 and the 2010 World Cup Finals. But for a player of his talent, he will also have regrets that he couldn’t play on to the extent of, say, Rio Ferdinand, who will be 34 in November, whilst he only has one major honour to show for his efforts, the Carling Cup triumph over capital rivals Chelsea in 2008.

Perhaps just as inevitable as his retirement are the thoughts of what might have been for one of the most gifted defenders of his generation. He wouldn’t have competed with either Ferdinand or John Terry as the most decorated defender of the past decade, but he would certainly have challenged their partnership in the heart of the England back four.

Tottenham deserve credit for recognising the contribution King has made over the past 17 years, having handed him an ambassadorial role at White Hart Lane. Predictably, it is another challenge he will relish, and it gives him the opportunity to continue working with a club he will always be associated with.

“I have been in Tottenham for around 17 years, having started at Spurs when I was 14,” he said on the official club website. “It is a second home for me and I pleased that I can continue to work within the club and for the local community, especially after the devastation caused by the riots last year.  I am already heavily involved with the work of Spurs Foundation and the new stadium scheme will be a major factor in the regeneration of the area, so I am delighted that I shall be part of that.”