Toni Kroos continues to be linked with Manchester United, but he insists he is happy at Bayern Munich despite his contract standoff.

David Moyes was heavily linked with the German international during the January transfer window, as he looked to further add to his squad following the capture of Juan Mata from Chelsea. It was reported that the Old Trafford boss was prepared to pay around £25million for the 24-year-old, who has been at Bayern since 2006.

United received little encouragement that the European champions were willing to listen to offers, but they are being tipped to return with a firm bid in the summer if the midfielder doesn’t agree a new contract. However, whilst Kroos admits talks over a new deal have hit a stumbling block, he insists he remains happy with life at the Allianz Arena.

“You should not believe in every report from some newspaper,” he said in a statement on Facebook. “It’s a fact I am very happy playing for Bayern. My sporting situation as a first-team regular is very good! It’s also a fact we were unable to agree a new deal right now. My current contract is to be valid until 2015, so this is not the very big problem.”

As Kroos states, he has indeed seen plenty of first team football this season. Of Bayern’s 19 Bundesliga matches he has featured in 18, of which 15 have been as a starter. He also started all of their six group games in their defence of the UEFA Champions League, as well as being selected in the side which beat Chelsea for the UEFA Super Cup.

Even if the contract situation reaches such a point when a separation is inevitable, Moyes may have a job on his hands persuading the player to move to the red half of Manchester if United can’t offer him Champions League football next season. Eight defeats has seen the English champions slip to eighth in the Premier League standings, seven points behind fourth place Liverpool with fourteen matches of the campaign remaining.

Speaking to Sky Sports, midfielder Darren Fletcher has urged his team-mates to prove their doubters wrong and force their way into the top-four: “It’s all about character now no doubt about it. The team has been written off, and it’s now time for the players to step up and prove people wrong and to finish the season strongly.” 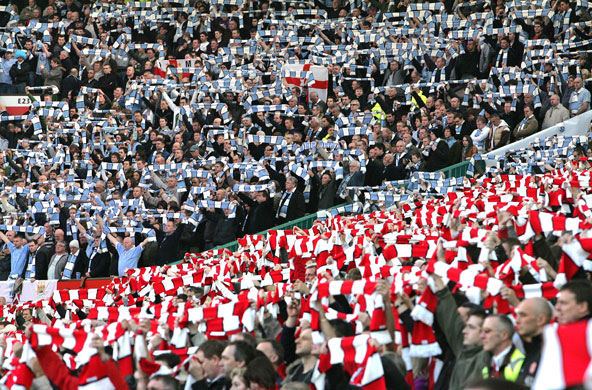