Romelu Lukaku has reiterated his desire to leave Chelsea and spend the coming season on loan, with a move within the Premier League his preferred option. 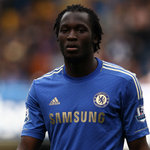 The Belgium international was a big-money signing for the Blues last summer, but he made just eight Premier League appearances of which just one came from a starting position. Despite the departure of Didier Drogba in recent weeks, competition for places is likely to remain fierce this term, with Fernando Torres given assurances over his increased importance and several other strikers linked with Stamford Bridge.

Lukaku has made no secret of his desire to leave the UEFA Champions League winners in order to gain more first team experience, and Roberto Di Matteo is prepared to grant him his wish. A string of overseas clubs are believed to be interested in the 19-year-old, but he has revealed he would prefer to be given his chance in England.

“I did not sign for Chelsea to go into another championship,” said the teenage forward.  “Now I must play. It all depends on the choice of the coach and myself. I’m not someone who bangs his fist on the table. I have talked with the manager. I have very good contact with him. We will try to find the best solution for both parties.”

A lack of first team football is not something Lukaku is used to, at least not until his move to the English capital. During his time at former club Anderlecht he was a regular in the line-up, hitting 33 goals in 73 appearances during the course of three years. Despite his youth he has also seen plenty of action for his national side, with 14 caps returning two goals.

Werder Bremen, the German side, are the latest club to have shown an interest in his signature. They have already taken one Belgian youngster from Chelsea, with Kevin de Bruyne joining on a season-long loan. The midfielder’s future at Stamford Bridge looks even bleaker than that of his compatriot; signed from Genk last January he was immediately loaned out, and has since seen Di Matteo bolster his midfield with the additions of Eden Hazard, Oscar and Marko Marin for a combined £64million.

As is his desire, Lukaku would benefit more from a move to another Premier League team, as he clearly feels his game is better suited to the English style. Fulham are willing to offer him a short journey across West London, whilst Stoke City, the lowest scorers in the top-flight last term, would also provide him the regular football he so desperately craves.