Manchester City secured their first league title since 1968 on Sunday afternoon, and few would deny they thoroughly deserved the honour. 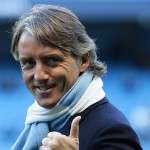 In what was the most dramatic final day to a top-flight campaign since the inception of the Premier League back in 1992-93, it looked as though the phrase ‘typical City’ was about to rear its head like never before. Knowing a win would guarantee them a first title in 44 years, 90 minutes was already on the clock with the scoreboard showing Queens Park Rangers 2-1 in the ascendancy.

What followed in the five minutes stoppage time will be talked about for generations; just as Michael Thomas’ famous last-gasp goal which gave Arsenal the title at Liverpool back in 1989, just as that famous night in Barcelona when Manchester United came back from 1-0 down to beat Bayern Munich in the Champions League final in 1999, and just as Liverpool overcame a 3-0 half-time deficit to beat Milan on penalties in the same competition six years later.

Edin Dzeko levelled the scores at the Etihad Stadium with a header, but with United bagging three points at Sunderland, a point wasn’t enough for City. Then, a floored Mario Balotelli managed to manoeuvre the ball to Sergio Aguero who, with virtually the last kick of a pulsating season, thrashed the ball past goalkeeper Paddy Kenny to rescue Roberto Mancini’s side.

The Argentine’s goal will, understandably, be remembered as the goal which won the title, but had it been scored at any other time of the campaign, it would have stayed in the memory for some time regardless. Aguero’s first touch was majestic, allowing him to escape the advances of a Rangers defender, and his finish was as clinical as any of the other 22 he has scored in his debut season.

A £35million signing in the summer, the former Atletico Madrid striker is one of several success stories of the past nine months for City. Whereas his compatriot Carlos Tevez has done little more than brush up on his golfing skills this term, Aguero genuinely seems to have adapted to life in England during his first year much better than his countryman has managed in six.

Yet it says much that the Blues have more than one contender deserving of being named their Player of the Year. Skipper Vincent Kompany has been a rock in the heart of their back four and, just as impressively, has embraced the history and traditions of a club he joined in the summer of 2009. Speaking on Sky Sports’ Sunday Supplement, Henry Winter revealed how, after the recent derby match against United in which he scored the only goal, the Belgian international was still outside the ground signing autographs and talking to fans as midnight approached.

Behind Kompany, Joe Hart has now fully established himself as England’s best goalkeeper to such an extent it seems unlikely he will be dislodged from the national side for the next decade. David Silva, whilst not quite replicating his early form in the second half of the season, remains one of the best players in the country, whilst the monstrous Yaya Toure may have only been at the club for two years, but he has already scored some of the most important goals in their history.

It was the Ivorian who scored the semi-final goal to beat United in last season’s FA Cup, before repeating this in the final against Stoke City. And this term, it was the former Barcelona man who scored both goals in that crucial end-of-season 2-0 win at Newcastle United. That success was reminiscent of the time United went to Tottenham Hotspur towards the end of the 2002-03 season as they vied with Arsenal for the title. Goals from Paul Scholes and Ruud van Nistelrooy earned the points for Sir Alex Ferguson’s side, and you had the feeling there and then that they wouldn’t be caught: similarly, when City won on Tyneside, although they almost threw it away a week later, the writing was on the wall.

Whilst Mancini’s men won the title by virtue of goal difference only, this doesn’t quite tell the whole story. United’s challenge has been an admirable one, but in truth, City been the premier team in the division for much of the season, producing a series of stunning performances including the 5-1 win at Spurs, the 6-1 against Norwich City at Carrow Road, and of course, another win of the identical scoreline against the Reds at Old Trafford.

Ultimately for City fans, that match back in October will probably live in the memory even longer than the final day dramatics. After the match Ferguson reasoned that he would rather his side shut up shop and accepted a 3-1 defeat, rather than going gung-ho towards the end and conceding a further three. This contributed greatly to the goal difference figures, and had they not shipped those extra three goals at the death, maybe more urgency would have been shown when Swansea City visited Old Trafford shortly after City had won at St James Park.

But even so, United fought back from such a crushing defeat, and just last month led the table by eight points when City lost at Arsenal. After this loss at the Emirates Stadium, Mancini offered the opinion that the title race was over: Ferguson had steered his club to title number 20. This is now viewed as a masterstroke by the Italian, as it took the pressure off his players and they, in turn, won every one of their remaining six fixtures as United lost at Wigan Athletic, were held to a 4-4 draw at home to Everton, and then lost the second derby.

Unless Arsenal and Tottenham, who make up the top four, add to their squad considerably during the summer weeks, it is hard to see the title leaving Manchester this time next year. Mancini will add the final touches to his options as he looks to challenge for a Champions League which eluded him at former club Internazionale, whilst Ferguson will surely seek permission from the Glazer family to spend as he aims to keep up with his increasingly noisy neighbours.