Roberto Martinez has no problem with reports linking Arsenal with James McCarthy, a player he is confident will remain at Everton for some time.

When the Spanish coach left Wigan Athletic for Everton in the summer of 2013, one of his first tasks was to persuade his former employers to part with McCarthy for a fee of £13million. Since then the Republic of Ireland international has seen his stock rise, as he develops into one of the most effective midfield players in the Premier League.

The form of the 24-year-old has led to speculation that Arsene Wenger is keen to add him to his Arsenal squad, with reports suggesting the French coach is prepared to pay a figure in the region of £20million for his signature. However, this doesn’t worry Martinez, who has backed the Glasgow-born ace for a long career on Merseyside.

“James McCarthy is someone that we rate very, very highly,” he said. “Otherwise you would never make the sort of investment that we made on him. I always believe James is a typical Everton player and that he can grow and get better. I see the interest, or the potential interest, or the good compliments that people pay on James from the outside but James is a player we look forward to seeing in the Everton top for a long, long time.”

For all the praise he is deservedly receiving of late, it has also been a frustrating campaign for McCarthy. The former Hamilton Academical youngster has been bothered with a persistent hamstring problem which has ruled him out of the match against Hull City on Wednesday. Yet the fact that this has led to Martinez reviewing the club’s training regime to get to the bottom of the problem is more evidence of the high esteem the player is held in.

“We need to get to the bottom of the problem because it has been a recurrence,” added the Spanish tactician ahead of the visit of the Tigers. “It is not a major problem but the amount of games and minutes as a team and a club we have had to face is responsible. We have to find the perfect formula for him to have the perfect training schedule.”

Despite their good intention, would Everton be powerless to prevent McCarthy leaving should a big-money bid arrive? Let us know what you think below. 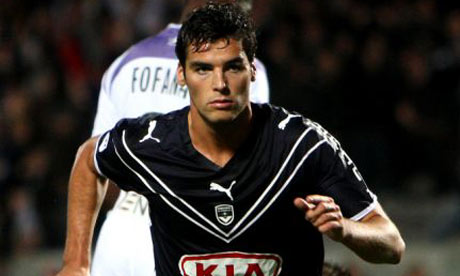