Juan Mata has advised Chelsea fans to focus on the current and not the past.

Rafael Benitez has failed to win over the Stamford Bridge faithful since his arrival in November, with many still unwilling to forget the rivalry he had with the club during his time in charge at Liverpool. The Spaniard has also lost pace with Manchester United in the race for the title, with Sir Alex Ferguson’s side a staggering 19 points ahead of the Londoners with nine games left.

Their hopes of retaining the UEFA Champions League were dashed when, under Roberto Di Matteo, they lost two of their first five matches which led to elimination at the group stage. And although the UEFA Europa League and FA Cup could yet be won, even if Benitez were to achieve this and also lead them to a top-four finish, an extension to his contract is unlikely.

Many Chelsea fans long for the return of Mourinho, who won two league titles, the FA Cup and two League Cups during his previous spell at the club from 2004-2007. The Portuguese coach, who went on to win two Serie A titles and the Champions League with Internazionale, is expected to quit Real Madrid at the end of the season regardless of what he achieves this season.

The Special One won the Spanish title last term, but Los Blancos are 13 points behind leaders Barcelona this time round. A last-16 win at Manchester United means Real are still in contention for the Champions League, which could give Mourinho a third success in the competition with a third different team; something no other coach has achieved.

The 50-year-old has indicated on more than one occasion that he would love to return to the Premier League, but he would likely only do so for one of the top clubs. There is no sign of Sir Alex Ferguson quitting Manchester United any time soon, and he probably accepts if he was to make himself available for the Manchester City job should Roberto Mancini leave, he would likely end any chance of occupying the Old Trafford hotseat in the future.

Arsene Wenger has confirmed he intends to at least see out the final 12 months of his contract at Arsenal, and Andre Villas-Boas has made impressive progress during his first season at Tottenham Hotspur, who handed him a deal until 2015 last summer.

A return to Chelsea has been mooted as a very real possibility for Mourinho, and the fact he is so clearly still idolised by their supporters could play a factor in his decision. But for the time being, Spanish midfielder Mata has urged the fans to forget all about an emotional homecoming, and instead concentrate their energies on the remainder of the current campaign.

“They (Chelsea) keep fond memories of Mourinho. They did very well, won titles and the fans will keep a great memory,” the midfielder told Movistar.  “But today Jose Mourinho is the coach of Real Madrid and Rafael Benitez of Chelsea. We have to be focused on that.” 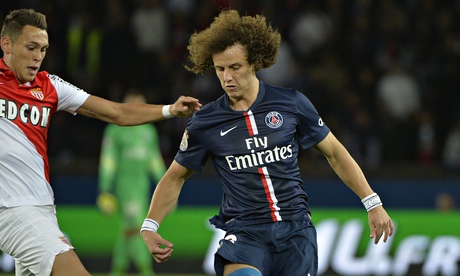