Michu has played down speculation surrounding his future, by insisting he has no immediate plans to quit Swansea City.

The 27-year-old joined the Liberty Stadium club from Rayo Vallecano last summer, in what turned out to be an absolute steal at just £2million. Michu scored 22 goals in 43 appearances during his debut season in England, and he has followed this good form up this term with five goals in his first 14 outings in all competitions.

This has led to a first international call-up for the forward, who started in Spain’s 2-1 World Cup qualifying win over Belarus last Friday evening. A number of clubs, most notably Arsenal, have been linked with the Oviedo-born hitman, but as he looks to earn cap number two against Georgia on Tuesday, he insists he is happy at Swansea.

“I’m not thinking about that right now,” replied Michu, when he was asked about his future by the assembled Spanish press. “I’m very happy at Swansea City. It’s a small club, but we’re in Europe and have already won a trophy, the first in the club’s history.”

With Spain certain to finish Group I ahead of France in first position, their place at next years Finals is assured. Having won the World Cup in 2010, sandwiched by two European Championship successes in 2008 and 2012, this is an incredible period in their history. It is no surprise, then, that Michu is desperate to stick around and play his part.

“Thinking about Brazil is still a long way away,” he said, despite the fact that a point against the lowly Georgians will confirm first place. “We have to certify our qualification in Albacete, keep working, and if more opportunities come for me, then for sure, I will try to take advantage of them. I’m thankful to the manager for his confidence.” 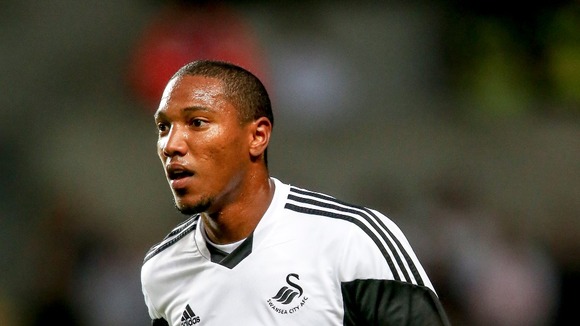