Alan Pardew believes Steven Taylor deserves his chance at international level with England, but who would make way for the Newcastle United man? 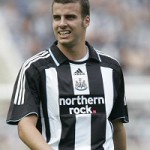 When the Under-21 national side reached the last four of the European Championships back in 2007, Taylor was one of Stuart Pearce’s star men. In a squad which also included the likes of Leighton Baines, Gary Cahill and Ashley Young, the Newcastle defender was rated as likely as any to make the full step up to the senior side.

A combination of injuries, loss of form and a relegation have since seen his chances subside somewhat, and the emergence of the likes of Chris Smalling, the as of yet uncapped Phil Jones, and the aforementioned Bolton Wanderers player continue to block his progress. But this season Taylor, now 25, is playing as well as ever, and is an integral part of a United back four which has conceded just once in four Premier League outings.

This has resulted in Pardew claiming his number 27, who was called up to a Steve McClaren squad four years ago but has yet to win a full cap, is now worthy of a place in Fabio Capello’s plans ahead of the European Championships next summer. And with Pearce watching him in action during the goalless draw at Queens Park Rangers on Monday evening, this could suggest the Italian is keen to learn of his development.

“Steven Taylor is probably playing the best football of his career for me,” said Pardew. “I think he has a chance of being involved in England again. He’s doing that well. Steven Taylor is definitely playing at a level where he should be considered, in my view. I don’t know how many times the England manager has seen us this year or seen us last year or has been to games in the North East, but he would be welcome, most certainly.”₁

Whilst Pardew’s praise of one of his star players is understandable, injuries and a drop of form to others aside, it is difficult to see just how Taylor could force his way into the reckoning should, as expected, England clinch a place at Euro 2012. A point in the final qualifying game in Montenegro next month, remember, would be enough to book a ticket for the Finals after failing to do so four years ago.

Of the eight defenders selected by Capello for the World Cup Finals in South Africa last summer, five were recognised centre-halves: John Terry, Michael Dawson, Ledley King, Matthew Upson and Jamie Carragher, who has since retired. Rio Ferdinand would have taken one of these places had he not been injured at the time. King and Upson, meanwhile, are unlikely to add to their tally of 21 caps each.

Considering Carragher was taken to South Africa also as right fullback cover, it is not unreasonable to suggest Capello, as Sven Goran Eriksson did at Euro 2004, would travel with four central defenders. Terry, restored as captain during the course of last season, is a banker to be selected. Cahill was impressive alongside the Chelsea star during the recent qualifiers, as was Manchester United’s Smalling. Jones, also at Old Trafford, is likely to be given a chance before the end of the season, and then there is Manchester City’s Joleon Lescott and Everton’s Phil Jagielka, who have won all of their caps – thirteen and nine – under the leadership of the current coach. And should Ferdinand stay injury free this season and impress once more, he will also be in the reckoning.

So whilst Pardew may be right in his assessment, in the event Capello’s side leave Podgorica with the required point on 7 October, it’s hard to see how Taylor can leapfrog enough of his rivals to secure a place in the travelling party to Poland and Ukraine next summer.