Brendan Rodgers believes Joe Allen can become a mainstay of the Liverpool side for many years to come, after finally landing the Wales international midfielder. 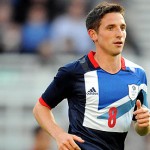 Since succeeding Kenny Dalglish as manager of the Reds earlier this summer, Rodgers had made the 22-year-old one of his top targets. And despite an agreement with Swansea City about not taking any of his former players with him to Merseyside, the Northern Irishman met the £15million release clause which was placed in Allen’s contract just last year.

The midfielder has signed a long-term deal with the Anfield club, who begin their Premier League season with a potentially difficult trip to West Bromwich Albion next Saturday. And Rodgers believes his new signing will establish himself as a key figure in his plans for the future.

“I’m absolutely delighted that Joe has made the decision to come with us on this journey,” he told the official club website. “Joe is a player whose profile will fit perfectly with the ideas of this group. I wish him all the very best in what I’m sure will be a long and distinguished career here at Liverpool.”

Allen came through the youth ranks at Swansea, having initially linked up with them back in 1999 as a nine-year-old. Aside from a short loan spell at Wrexham, in which he made two league appearances, he had spent his entire career with the Liberty Stadium club.  Capped eight times by Wales, he also represented Great Britain in the Olympic Games this summer.

Rodgers has now made two signings since being installed as Liverpool boss, having also taken Italian international striker Fabio Borini – another player who worked for him at Swansea – from Roma in a £10million transfer. It has been suggested that he could now look to raise more funds by agreeing to sell Daniel Agger, the Denmark international defender, to Manchester City.

Roberto Mancini has reportedly made the 27-year-old a top target for his Etihad Stadium club, with two bids supposedly already made. It is thought that Rodgers wants as much as £30million for the centre-half, a fee which the Blues would almost certainly look to negotiate on.