Jack Rodwell’s move to Manchester City is perhaps the biggest surprise of the summer window so far, but it could also prove to be one of the shrewdest for all parties. 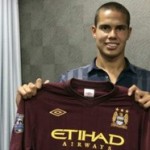 The England international, who hopes to earn his third cap on Wednesday night when Roy Hodgson’s side meet Italy in Berne, has long been regarded as one of the best young talents in the country. Rotten luck with injuries has prevented him from really living up to his reputation thus far, especially last season when he only managed 14 league games.

This hasn’t stopped Roberto Mancini from spending an initial £12million on the 21-year-old, a price which could leap up to either £15million or £17million depending on which newspaper you read. This fee may have raised eyebrows, yet it is lighter than what had previously been mentioned when Rodwell had been linked with Chelsea and Manchester United.

Whilst disappointed at losing one of their best young players, and one who had been at the club since he was just seven years old, this deal represents decent business for Everton. It has been well documented that David Moyes needs cash to reinvest in his squad ahead of the new season, and if cashing in on a player who is far from certain to command a place in his first team means he can keep Leighton Baines and Marouane Fellaini whilst adding to other areas of his side, then there are likely to be few complaints from the Scot.

For City, regardless of Rodwell’s previous injury problems, they have added another fine player to a squad already brimming with talent. The Southport-born player is able to play at centre-half, but his preferred position is defensive midfield, and it is here where Mancini sees him developing. It already looks likely that he will make his debut at the weekend, when a hernia problem is set to rule Gareth Barry out of facing Southampton.

Thinking back to last season, City’s ultimately successful title bid almost came off the rails in the winter, when Yaya Toure left their ranks to represent his county at the African Cup of Nations. The 29-year-old could again be absent this season, when the tournament takes place in South Africa from 19 January to 10 February. It would, of course, be ambitious to expect Rodwell to seamlessly fill the boots of the former Barcelona star, but standing at 6ft 2in, he will at least provide a similar sort of presence to the impressive Ivorian.

As for Rodwell himself, there are obvious advantages of him making the move. Of course his salary will have increased compared to that of which he was earning at Goodison Park, but more importantly, he will now have the chance to compete for the top honours including the UEFA Champions League. Yes, he has a fight on his hands to force his way into the City side, but that can be said of the majority of players who join one of the leading clubs in the elite championships. There have been suggestions he had gone stale at Everton, but now he will be training week-in and week-out with the likes of Yaya Toure, David Silva and Sergio Aguero he will be learning from some of the best players in Europe.

Ultimately, every transfer has a degree of risk. But on this occasion, Manchester City, Everton and Rodwell all clearly believe it is a risk well worth taking.