In what would be one of the more interesting transfers of the summer, Gylfi Sigurdsson has been linked with a return to Tottenham Hotspur.

Andre Villas-Boas paid around £9million to take the Icelandic international from Hoffenheim in July 2012, after former Reading player had impressed during a loan spell at Swansea City the previous season. Although Sigurdsson would go on to make a total 83 appearances in all competitions for the Londoners, he struggled to find his best form whilst in the capital.

So when the Swans asked about taking the midfielder back in 2014, Tottenham agreed on condition they could have Ben Davies and Michel Vorm as part of the deal. It is, however, understood that Mauricio Pochettino, who had at the time just arrived at White Hart Lane, was not involved in making the decision and has since thought to have been disappointed to lose the player.

Since returning to the Liberty Stadium, the 27-year-old has rediscovered his best form. With nine goals and 13 assists to his name this season he has been absolutely essential to Paul Clement’s side avoiding relegation from the Premier League, and they now face a battle to retain their star player despite him being under contract until the end of the 2019/2020 campaign.

Everton and West Ham United have already been linked with Sigurdsson, but according to the Daily Mail, it is Tottenham who look to be in pole position for his signature. The tabloid claim Pochettino is prepared to pay £25million to lure him back to the club, as he looks to build on the momentum his side have generated in finishing runners-up to Chelsea in the Premier League. 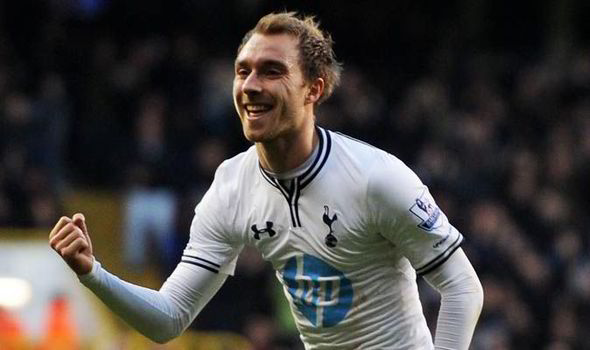 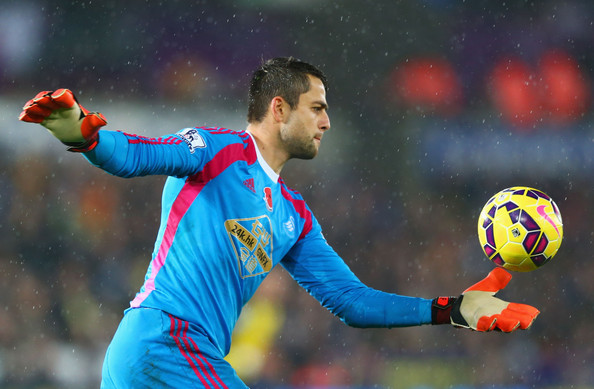