Martin O’Neill accepts he cannot issue a guarantee that Stephane Sessegnon will stay at Sunderland, although he remains optimistic he will keep hold of the player. 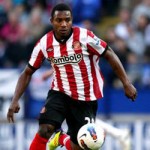 Sessegnon has established himself as a key member of the Black Cats side, having initially struggled to settle following his arrival from Paris St Germain in January 2011. The Benin international has now appeared in 42 league matches, scoring ten times, and his form has earned him reported interest from his former club and a host of Premier League rivals.

O’Neill, who succeeded Steve Bruce as manager in December of last year, accepts that whilst he hopes to keep the 28-year-old at the Stadium of Light, he may find it difficult to do so should a sizeable offer arrive during the summer. And for this reason, the Ulsterman is refusing to guarantee the versatile performer will still be at the club when the window slams shut on August 31.

“We would very much like to keep Stephane – any manager would want to keep him,” he said in The Journal. “He gives us that extra creativity and he is very important to us so I would genuinely like to keep him. I would love to give a ‘hands-off’ message but I wish it was as easy as that.

“If I was to say ‘You cannot touch him’ then I might have to come back here two days later and say ‘sorry’. That would be all bravado speak and then he’s gone, so I couldn’t give that sort of message. However, I definitely want to keep him at this football club. I echo the sentiments of all of us, including the supporters on that front.”

One possible piece of good news for Sunderland comes from PSG coach Carlo Ancelotti, who has all but ruled out a bid for Sessegnon by claiming that his shopping spree has finished. The former Chelsea coach has spent heavily this summer, bringing in Thiago Silva, Ezequiel Lavezzi, Zlatan Ibrahimovic and Marco Verratti for a combined fee of a cool €100million.