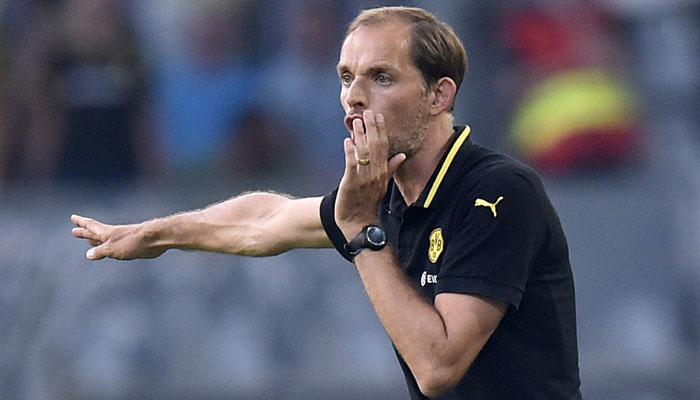 Thomas Tuchel is the favourite to become the next manager of Southampton, who sacked Carles Puel on Wednesday evening after just one season.

Puel succeeded Ronald Koeman, who left for Everton, last summer, and on the face of it he enjoyed a fairly successful debut campaign. Although they didn’t repeat their top-six finish of the previous campaign, the Saints finished in a respectable eighth place in the Premier League and also reached the League Cup final, where they narrowly lost to Manchester United.

All this was achieved despite the departure of more key players in the summer preceding the start of the season, with Saido Mane joining Liverpool, Victor Wanyama heading to Tottenham Hotspur, and Graziano Pelle lured to the China and SD Luneng. And whilst this was likely to be taken into consideration, it wasn’t reason enough to allow Puel to continue.

“Everyone at Southampton would like to express our thanks to Claude Puel for his hard work and commitment this year,” read an official club statement on Wednesday night. “We wish Claude Puel well for the future. The search for a new management team is under way. We are confident that we will find the right fit in line with the long term vision of the club.”

That search is expected to lead to an approach for Tuchel, who is out of work after leaving Borussia Dortmund last month. The 43-year-old led the Westfalenstadion club to the German Cup, their first honour in five years, but was unable to make a lasting bid to wrestle the title from Bayern Munich and ended the Bundesliga campaign 18 points behind and in third position.

Manuel Pellegrini, who led Manchester City to one Premier League title and two League Cups during his previous three-year spell in England, is another option although Crystal Palace are said to have already opened talks with the current Hebei China Fortune boss. A third name has also been linked with the Saints; Roger Schmidt, the former Bayer Leverkusen head coach.