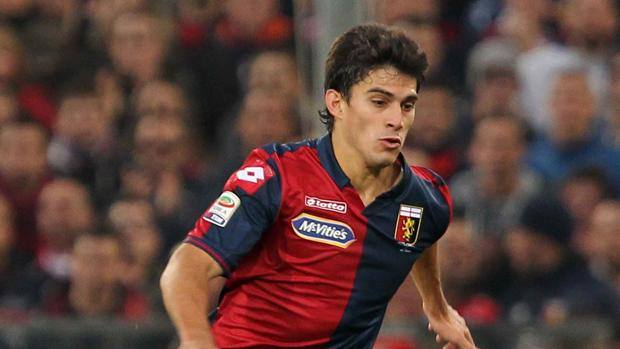 Watford have agreed a club-record £7million fee with Genoa for Diego Perotti, as they continue their preparations for the Premier League.

The Hornets ended their eight-year absence from the top-flight of English football when they secured a second-place finish in the Championship last term, an achievement which was only tampered when they conceded a last-minute equaliser against Sheffield Wednesday to deny them the title.

Despite this promotion, the contract of head coach Slavisa Jokanovic was not renewed at the end of the campaign, and he has since been succeeded by Quique Flores. As well as the 50-year-old, who led Atletico Madrid to the UEFA Europa League in 2011, the Vicarage Road club have also welcomed centre half Sebastian Prodl and goalkeeper Giedrius Arlauskis to their plans for next term.

And it now appears as though Watford are on the verge of signing Perotti, after a £7million club record bid was accepted by Genoa. The Argentina international only joined the Italian club last summer for £250,000, so this represents a huge profit for the Serie A outfit although they will have to send 20% of their proceeds to former club Sevilla as per the terms of the July 2014 transfer.

Such is the regard the 26-year-old is held in it is reported that the Hornets could yet face competition for his signature from Inter Milan, whilst West Ham United and Valencia are also said to have an interest in the winger. If Flores does land his man, it would be a new club record for the Premier League side who paid West Bromwich Albion £3.2million for Nathan Ellington eight years ago.