The football season is back, and Simon Murphy has provided takefootball with his tips for the opening weekend…including a debut strike for Lukas Podolski. 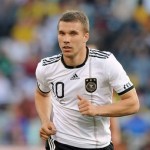 The exit of Robin van Persie is sure to have hit Arsenal fans hard, especially as he has defected to rivals Manchester United. The Dutch striker scored 30 goals in the Premier League alone last season, but Arsene Wenger hopes to have gone some way to making up for the loss of his talismanic skipper by signing Olivier Giroud from Montpellier and Lukas Podolski from Cologne.

And much is expected of the latter, who has an impressive record of 44 goals in 101 international matches for Germany. Domestically, he scored 18 goals in 29 Bundesliga games last term, and he can continue this form and also help ease the pain of the Dutchman’s departure by opening the scoring when Sunderland visit the Emirates Stadium on Saturday.

Lukas Podolski, Arsenal v Sunderland (4/1 with bet365 and Ladbrokes amongst others)

Chelsea have spent heavily during the summer window, with Eden Hazard, Oscar and Marko Marin adding more flair to Roberto Di Matteo’s midfield options for a combined £64million. It remains to be seen how many of the three will make their Premier League debuts on Sunday, but the Blues should be too strong for Wigan Athletic at the DW Stadium regardless.

In the Championship, Lee Clark begins his reign at Birmingham City with the visit of newly promoted Charlton Athletic. Having been controversially sacked by Huddersfield Town last season, the former Newcastle United midfielder will be eager to prove a point this term, and he should start with maximum points against the Addicks on Saturday afternoon.

There was heartbreak in League One for Sheffield United last season, as they lost the playoff final against Huddersfield on penalties in May. Danny Wilson will be determined to avoid a repeat this campaign and will be aiming to take the Blades up automatically, and the visit of Shrewsbury Town, promoted from League Two last season, should ensure they get off to a good start.

The Both Teams to Score (BTTS) bet has proven to be one of the most popular in recent times, mostly because more often than not your bet can go right down to the wire. And with strikers up and down the country out to open their accounts as soon as possible, this weekend provides a good opportunity to have a small wager on the goals to fly in.