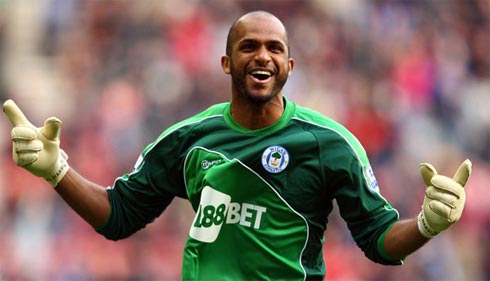 The Latics are once again in the midst of a relegation battle, and are currently in the bottom three as we approach the business end of the season. However, whilst they are three points behind Aston Villa, Stoke City and Sunderland, they do have an advantage of two games in hands.

A 2-0 win over Millwall on Saturday has assured the Lancashire club of a place in the FA Cup final next month, when they will take on Manchester City. This has led to suggestions that the players could take their eye off the league, as they instead focus on making history at Wembley.

However, Al Habsi has assured the Wigan supporters that survival is their main priority for the coming weeks, and will only focus on silverware when they step out to take on Roberto Mancini’s men – and the goalkeeper has promised Wigan will still be a top-flight team at the end of May.

“We will do it,” he said. “We will stay in the Premier League. The FA Cup won’t distract us. Our squad is big enough to cope. We have been in this situation many times, we believe in ourselves and we will be okay. We are a small club and we don’t have that many fans but they all believe in the team.

“To reach the FA Cup final for the first time is amazing. But I can promise it won’t be a distraction. It all has to be done in order, first the league, then the final, then Europe. Brilliant.”

Wigan will resume their fight against the drop on Wednesday night, when they travel to the Etihad Stadium for a dress rehearsal of the cup final. They are again on the road at the weekend when they go to West Ham United, before ending the month at home to Tottenham Hotspur.

Before their Wembley date on 11 May they must take on West Bromwich Albion at the Hawthorns and Swansea City away, and they finish the season with a trip to the Emirates Stadium to tackle Arsenal before Villa provide the opposition at the DW Stadium on the last day of the campaign. 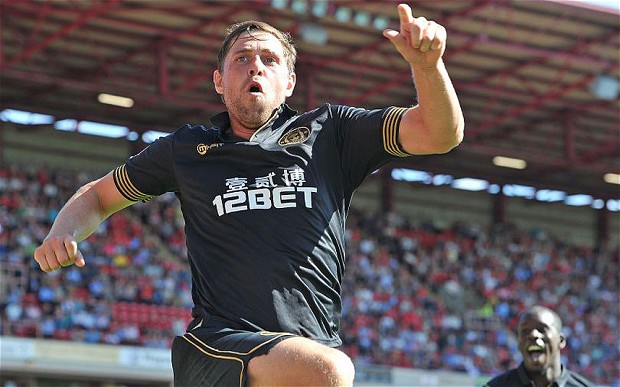 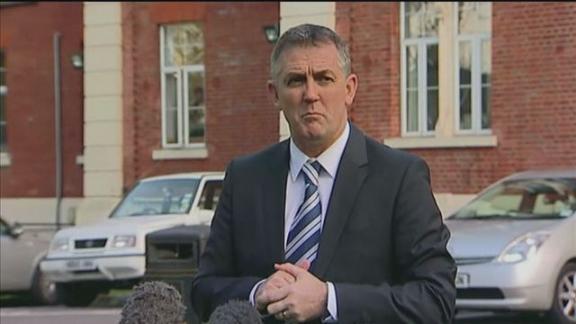 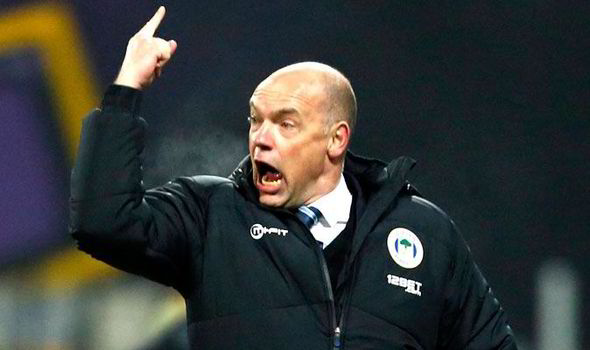