For all his good intention, Jack Wilshere may have been a little hasty to promise Arsenal fans that he will stay at the Emirates Stadium for the rest of his career. 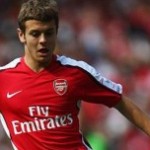 Speaking to iFilm in London, the England international, who has yet to play this season due to an ankle injury, attempted to further boost the spirit of the rejuvenated Gunners by promising to remain at the Emirates Stadium for the entirety of his playing days.

“Can I promise I will be at Arsenal forever? I can promise that, yes,” said the midfielder. “I’ve been at the club for nine years and I have learned to love it.”

For fans of a club which has recently lost Cesc Fabregas and Samir Nasri, to Barcelona and Manchester City respectively, these comments will likely be well received. However, the wiser element of the Gunners support are just as likely to take them with a pinch of salt.

There is no denying the fact Wilshere loves Arsenal, as anyone who happens to track him on Twitter (and at the last count his following stood at not far from the one million mark) will testify, despite last season revealing his boyhood love for West Ham United, the team he first went to watch when he was just eight-years-old.

But the days of players actually staying at one club for their careers are virtually over. Yes, Ryan Giggs, Gary Neville and Paul Scholes, at Manchester United, and the Liverpool pair of Jamie Carragher and Steven Gerrard, prove the exception to this rule. But at the same time, they are likely to be the last of a kind. Wayne Rooney, for example, grew up a staunch Everton fan (“Once a Blue, Always a Blue”, remember?). Yet with the Toffees failing to offer any indication of challenging for the title, he didn’t think twice when the lure of Old Trafford came calling in 2004.

Now 26, the striker collected three Premier League titles and a UEFA Champions League within five years in Manchester, and he started to talk about emulating Giggs in the appearance stakes for the club. However, it was only over a year ago when he handed in a transfer request on the ridiculous notion that a team managed by Sir Alex Ferguson lacked ambition. The Scot persuaded him to sign a new contract, United won a record nineteenth title, and guess what? Rooney has again fixed his sights on that appearance record.

Whilst Wilshere means well in verbally pledging his future to Arsenal, what would happen if their six-year trophy drought reached double figures, and Arsene Wenger leaves, the UEFA Champions League falls off the menu and all of a sudden, his place in the national side is in danger? Does he remember promising those fans that he will never leave the club, or does he go against his word and seek the success every player ultimately craves?

Okay, Wilshere is only 19, so he is bound to get carried away at times. And maybe he will stay at the Gunners for the rest of his career, and maybe he will play an integral part of adding numerous pieces of silverware to their honours list. Who knows, maybe he will stick two fingers up to the cynics and stay even if they don’t win another thing throughout his career. But at the same time, you can’t help feeling that he may have been a little too hasty to deliver on promises he may not even want to keep.