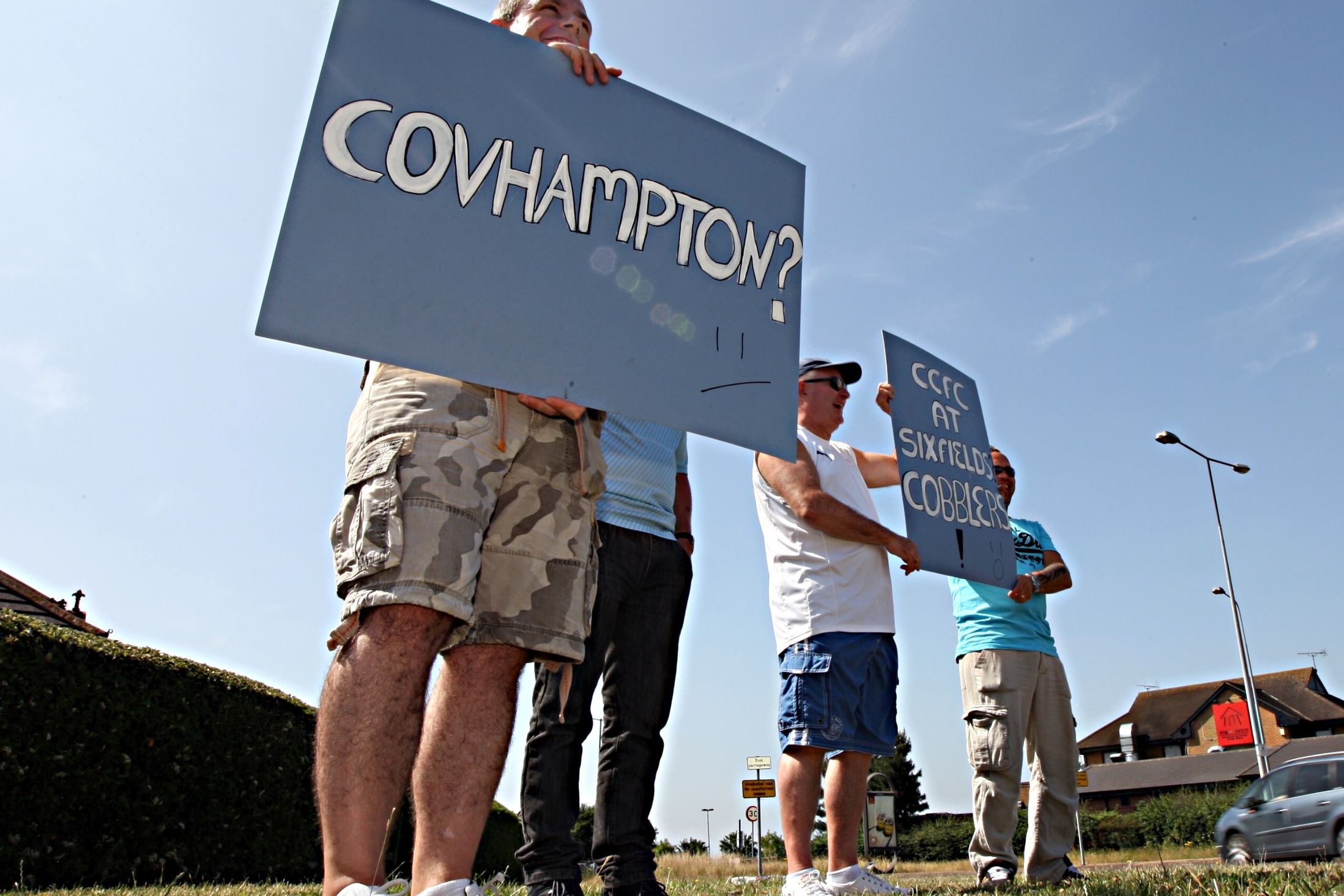 Callum Wilson understands why most Coventry City fans refuse to travel to Northampton.

The Sky Blues’ groundshare with Northampton Town has been met with anger from the majority of their supporters, who would have to make a round trip of 68 miles if they are to see their team in a supposed ‘home’ fixture this season.

So it was of little surprise when less than 1,000 were in attendance for the match against Bristol City on Sunday, when the Robins had the majority of the 2,204 support at Sixfields. However, whilst local lad Wilson is pleased for those who did make the journey, he also understands why most of their fans are refusing to travel.

“It is disappointing as we would like to be playing in front of more people but we’re really happy for the fans who did come,” he told the club’s official website. “They probably got value for money and we really appreciate their support. With the fans who stayed away, I understand where they are coming from. Hopefully we’ll see a few more and soon get a stadium built where they can come and watch us play at home, in Coventry.”

Coventry averaged attendances of just under 11,000 at the Ricoh Arena last season. Those who did travel to Northampton would have seen their side record a thrilling 5-4 win, in which Wilson bagged a brace for Steven Pressley’s side.