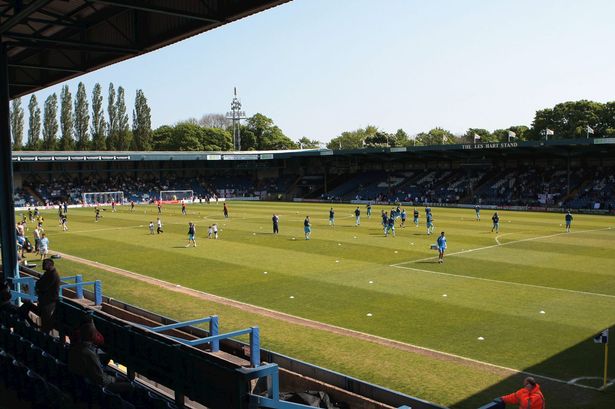 Although he has felt the need to sack manager Kevin Blackwell, Bury chairman Stewart Day insists the future remains bright at the League Two club.

The Lancashire side have slipped to 21st place in the standings having now gone six league matches without a win, sparking fears that their Football League status is at risk. As such, the decision was made on Monday to issue Blackwell with his P45.

The former Sheffield United manager had been in charge at Gigg Lane since September 2012, but was unable to prevent their relegation from League One last season. Although he brought in over 20 players in the summer transfer window there has been no improvement in fortune, so Day felt he was left with little choice but to sack the 54-year-old.

Ronnie Jepson, who had a stint at the Shakers from 1996 to 1998 and was installed as Blackwell’s assistant in the summer, has been appointed as caretaker manager. And Day has reassured fans that the future of the club remains bright despite recent struggles.

“When I started the role at Bury, I knew that there would be decisions to be made that would not always be easy,” Day said in a statement on the official club site. “As a board we had to make one of those decisions, and terminate the employment of Kevin Blackwell.

“We would like to thank Kevin for his efforts to turn this great club into a promotion winning side, but for whatever reason, the efforts off the pitch were not reflected by the performances and results on the pitch. As a chairman I have set high standards at this club and every effort has been made to support the first team staff and players.

“It saddened me to make this decision but was made with the best intention of the club’s future. We have asked Ronnie Jepson to stand in as the caretaker manager and all of the current back room staff has been asked to stay as we feel that stability is the key at this stage. We are confident that the future is bright and ask for the continued support at this difficult time. I have always stated I have a five-year plan and nothing can detract from that and as such every effort will be made to make sure we are back where we belong.”