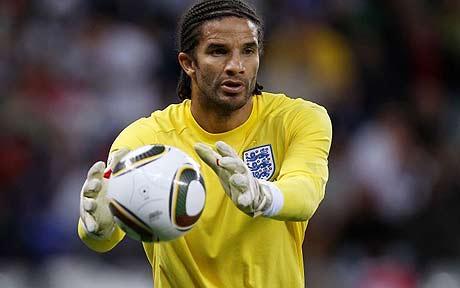 The 42-year-old goalkeeper linked up with the Cherries after leaving Bristol City in September last year, and he has gone on to make 19 appearances for the League One promotion hopefuls. However, he has not featured since the 3-1 defeat at Walsall in January, as 29-year-old Shwan Jalal has leapfrogged him in Eddie Howe’s pecking order.

It has now been confirmed that James has had his contract terminated by mutual consent, and it now remains to be seen if he intends to hang up his gloves.

He started his career back in 1988 with Watford, where he earned a reputation as one of the best young shot-stoppers in the country. This led to a £1.25million move to Liverpool in 1992, and he made over 200 league appearances for the Reds before leaving to join Aston Villa for £1.8million seven years later. James also went on to appear for West Ham United, Manchester City and Portsmouth, helping the latter to FA Cup glory in 2008.

The Welwyn Garden City born goalkeeper also enjoyed a lengthy stint for the England national side, earning 53 international caps between 1997 and 2010.