Brendan Rodgers claims Liverpool could have appointed Rafael Benitez in the summer had they wanted him.

The Spanish coach enjoyed a successful six-year stint at Anfield from 2004 to 2010, which included the famous UEFA Champions League success in Istanbul during his debut season and also an FA Cup triumph the following term. He led the Reds to second place in the Premier League in 2009, a campaign so impressive he was rewarded with a new five-year contract.

However, Benitez failed to build on this progress, and after a hugely disappointing seventh place finish in 2010, his contract was terminated by mutual consent as his unstable relationship with the club’s then American owners reached breaking point. The 52-year-old had a short spell in Italy with Internazionale, which ended in December 2010, and after a lengthy period out of the game, he was appointed as interim manager of Chelsea in November of last year.

The Stamford Bridge faithful have refused to show their support for Benitez, despite them still being in contention for a top-four finish whilst also being in the semi-finals of the FA Cup and the last eight of the UEFA Europa League. It looks certain he will leave the capital when his contract expires at the end of the season, and he has revealed how he intends to one day return to Merseyside.

“My idea is to keep coaching a competitive team. Why not in England?” Benitez has been quoted as saying by popular Spanish daily Marca.  “I will return to Liverpool one day almost certainly, I just don’t know when. My daughters and wife are still living there.”

Benitez’s words could, of course, mean returning to the area rather than returning to coach his former club. But his comments have made their way back to current Liverpool boss Rodgers who, whilst not surprised by anyone who wants to coach the Reds, has warned Benitez that had the owners wanted him back, they simply would have reappointed him last summer.

“Rafa had a successful time here and I think he will join a list of probably many managers throughout the world who would love to manage a great club – especially having been here before,” said the former Swansea City manager. “Obviously that opportunity was there in the summer if the owners wanted to go down that route as Rafa was unemployed and not working. But they felt it best to go in a different direction and develop the club in a different way.”

Benitez will return to Anfield later this month, when he takes his Chelsea side there for a Premier League match on 21 April. He is sure to receive a warm reception from the home fans who will always hold him dear thanks to that comeback against Milan in 2005, but how he responds will be interesting considering his relationship with the supporters of his present club. 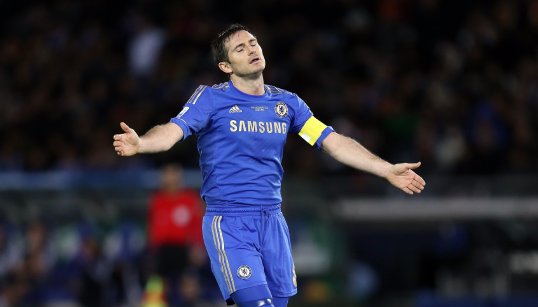