Bolton Wanderers may not have been handed the easiest of starts to the new season, but Owen Coyle’s men can no longer hide behind a difficult fixture programme. 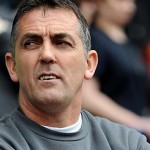 As the Lancashire club embarked on a six game losing streak earlier this season, it was almost as if this could be forgiven due to the level of their opponents in this sequence. Not only did they have to face both Manchester clubs, but also Chelsea, Arsenal and Liverpool, and after the disappointing defeat to Norwich City, the feeling was that their season would begin with the short trip to Wigan Athletic on 15 October.

A 3-1 win at the DW Stadium was intended to give Coyle’s side a kick-start to their campaign, especially with winnable games against Sunderland (at home) and Swansea City (away) to follow. However, Steve Bruce’s side left the Reebok Stadium on the back of a 2-0 win, and this weekend, Brendan Rodgers’ team were good value for their 3-1 success at the Liberty Stadium albeit achieved, for a large part, against ten men.

All this means the opening day 4-0 triumph at Queens Park Rangers seems a long time ago for Bolton, who are second bottom of the Premier League table after ten games. But their run of poor results stretches beyond the current campaign. After their 5-0 thrashing against Stoke City in the FA Cup semi-final last term, they have lost thirteen of their last sixteen matches in the league. Their home form, which has in the past been the cornerstone of their success, is unrecognisable: they have lost all five of their games at the Reebok this term, as well as the last two of last season (aggregate score: 5-21).

So what has gone wrong? The return of Daniel Sturridge to Chelsea has hit them harder then perhaps they imagined. The 22-year-old scored eight goals in his twelve-game loan spell last season, and he, like the departed Johan Elmander, has been missed. The injuries to Lee Chung-young and Stuart Holden have also been sorely felt, and the uncertainty over Gary Cahill’s future has hardly helped their cause. Asking so much for the defender in the summer could backfire on Wanderers, who could have lowered their £18million valuation and cashed in which would have given them money to reinvest in their squad.

Their three games in November could be crucial for Coyle, who will surely come under some serious pressure if he doesn’t return a healthy points tally from home games against Stoke City and Everton, which are sandwiched by a trip to West Bromwich Albion. If Bolton were keen to hide behind their tough start to the season, there is no hiding place for them now.