To suggest Gael Clichy’s decision to leave Arsenal for Manchester City simply to boost his bank balance is somewhat wide of the mark. 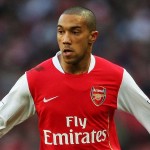 Clichy has established himself as one of the best left fullbacks in the Premier League since becoming a regular in Arsene Wenger’s back four following the sale of Ashley Cole to Chelsea in the August of 2006. He has played almost 200 times in the top-flight, but he won’t add to this tally in the colours of Arsenal after completing a £7million move to City on Monday.

The 25-year-old had just twelve months left on his contract at the Emirates Stadium, and rather than risk losing him for nothing next year, the Londoners decided to cash in this summer. And cash, some would have you believe, is the reason why the player opted against extending his stay with the Gunners to make the move to the mega-rich Eastlands outfit.

After all, isn’t this the player who once opined that anyone joining City is doing so for this exact reason? Speaking in July 2009, the former Cannes youngster said: “I really believe if you are a player who thinks only about money then you could end up at Manchester City. You have to think if you want to play for a big club or if you want to play for a good club and earn big money.”₁

So, do these quotes have Clichy bang to rights? Not really. Maybe his comments could have struck a note of truth two years ago, but not anymore. City are now seen as contenders for the top honours in the country, will be in the UEFA Champions League group stages next season (something Arsenal can’t guarantee), and are the FA Cup holders – a trophy last won by his former club six years ago.

In reality, there are likely to be at least two more likely reasons for his decision.

Firstly, and most importantly, Clichy must feel he has a better chance of winning trophies at City than he would have had he stayed at Arsenal. Such a statement could have been laughed off a few short years ago, but not now. Roberto Mancini’s squad is arguably stronger than Wenger’s at the moment, and it would take something special for this to change from now until the time the season starts next month. During his time in England he has won one Premier League, an FA Cup, and the Community Shield, and nothing since 2005.

Secondly, many Arsenal fans insist they are not too bothered about his departure, as his performances over the past couple of seasons have been on the wane. If this is the case, then surely that’s another reason why he has decided on a change of clubs? If he too felt his displays have stagnated in recent times, then he will probably be thinking he can reignite his career with another team. Because with Euro 2012 on the horizon, he needs an impressive campaign to stave off the competition from the likes of Patrice Evra, the United fullback, to cement his place in Les Bleus line-up.

Who knows, maybe Clichy will fail to add to his trophy cabinet during his four-year contract at City. Maybe Wenger will make some key additions from now until the end of the transfer window which will finally see Arsenal end their drought. But at the moment he obviously feels the move was one worth making to have a better chance of winning silverware, and it’s hard to argue against such a notion.