Nathaniel Clyne completed his move to Southampton on Thursday morning, and immediately set his sights on European qualification. 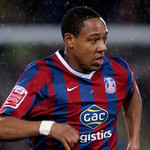 The England Under-21 international is rated as one of the best young defensive talents in the country, and had in the past been linked with Manchester United and Newcastle United. It is, however, the newly-promoted Saints who have landed the right fullback, whose contract at Crystal Palace expired earlier this summer.

Due to his age the Eagles are still due to receive a payment from the St Mary’s club, which could yet be decided by a tribunal if the two clubs are unable to reach an agreement. In the meantime, Clyne has penned a four-year contract with Nigel Adkins’ side, who he feels capable of challenging for Europe in the near future.

“It’s a club with a lot of ambition,” he told the official club website. “The gaffer told me they would want to be pushing for European football. We’ve got good players – a young bunch of good, talented players who are destined for the top. So I don’t see why we can’t do it.”