It was a successful deadline day for Crystal Palace, who signed five players including Scott Dann, Tom Ince, and Joe Ledley.

Blackburn Rovers defender Dann had been linked with a move to Selhurst Park for much of the January transfer window, as Tony Pulis looked to shore up a back four which have conceded 31 goals in 23 matches thus far. The 26-year-old has been in impressive form for the Ewood Park side, featuring 26 times in all competitions this season.

A fee in the region of £3million was agreed on Friday morning, and the centre-half passed a medical and put pen-to-paper on a deal which will keep him at the Eagles for the next three-and-a-half years. He will be eager to avoid a third relegation from the Premier League having suffered this fate for both Rovers and, before this, Birmingham City.

The biggest arrival at Palace this month is undoubtedly Ince, who has been chased by a whole host of top-flight clubs in recent months. Sold by Liverpool for just £500,000 in August 2011, the Anfield club were thought to be interested in offering a return to Merseyside this month, as he approached the end of his Blackpool contract.

However, it is Pulis who has managed to sign the 22-year-old winger, who will see out the remainder of the season on loan at Selhurst Park. Should the England Under-21 international show he is capable of performing in the Premier League, there is sure to be a fierce battle for his permanent signing at the end of the campaign.

Just when it looked as though Palace had finished their business for the month, it was announced late on that a deal had been wrapped up for Wales international Ledley. The former Cardiff City midfielder was in the final six months of his contract at Celtic, and Parkhead boss Neil Lennon was reluctant to lose him on a free transfer.

Talks had been ongoing for much of the day, and the Eagles finally reached an agreement for a fee in the region of £800,000, which still represents a profit for the Bhoys who took him from on a free transfer in 2010. The 27-year-old, who has won a half-century of caps for his country, has signed a three-and-a-half year contract with the capital club.

Earlier in the day, Pulis had signed Jason Puncheon on a permanent deal for a fee of around £1.75million, having impressed during a loan spell from Southampton. And Wayne Hennessey, the Wales international goalkeeper, has joined from Wolverhampton Wanderers in a transfer led to be worth a fee in the region of £3million. 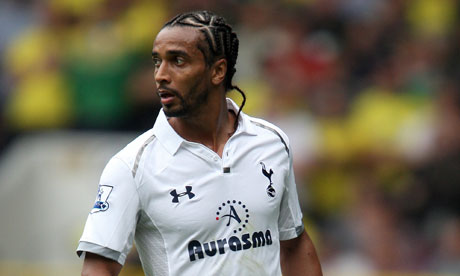