There are some bargains to be had by Premier League clubs this summer, and they’re not exactly difficult to find, either – takefootball looks at five out-of-favour players worth taking a chance on. 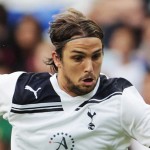 It’s hard to pinpoint where it has all gone wrong for Niko Kranjcar. When Tottenham Hotspur finished fourth in the Premier League in 2010, the Croatian was a key part of this success: although he played in one less match than Luka Modric, he scored twice as many goals as his compatriot. But last season the 26-year-old was largely overlooked, making just two starts and a further eleven from the bench. He still managed to score two crucial late goals, in the wins over Bolton Wanderers and Sunderland, which effectively ensured their fifth place finish ahead of Liverpool.

Harry Redknapp admits he struggles to accommodate the two players, but when Modric returned from injury in the winter of 2009, Kranjcar reasoned that they play together for the national team and can do likewise at club level, with the latter operating on the left whilst the former takes up a more central role. But with Gareth Bale excelling on the flank ahead of fullback Benoit Assou-Ekotto, the former Pompey man admits he may have to leave Spurs to gain regular first team football.

Still a regular for Croatia, scoring four times in five Euro 2012 qualifiers, Kranjcar would likely cost a fee of around £6million. He is the type of player you feel could impress at Arsenal, but with this move highly unlikely, he would be a perfect fit for just about any other top side in the Premier League: for example, he would be ideal in Kenny Dalglish’s rebuilding job at Anfield, and he probably wouldn’t even look out of place in Manchester United’s midfield.

When your face doesn’t fit, it doesn’t fit. And this seems to be the case for Nedum Onuoha. Once rated one of the brightest defensive prospects in the country, he has fallen well down the pecking order at Manchester City under Roberto Mancini, who loaned the 24-year-old out to Sunderland last season. Despite putting in a number of impressive performances, Steve Bruce, who has just banked £20million from the sale of Jordan Henderson to Liverpool, is said to feel £6million is too costly.

Able to play at right fullback or in the heart of the back four, the former England Under-21 international has bags of pace (he once ran 100 metres in 10.9 seconds), has an eye for goal and, fingers crossed, appears to be over the injury problems which blighted his early career – last season, he featured in 31 Premier League matches. Indeed, some City fans rate him as a better option than some of their existing defenders, but it remains to be seen if Mancini will eventually agree.

If Onuoha is offloaded he would be a quality addition for whoever snaps him up. Tottenham Hotspur, for example, who seem to be constantly in the market for rearguard reinforcements, could do a lot worse, whilst Bruce may regret not making more of an effort to take him on a permanent basis. Should they sell, the Blues are unlikely to shift on their asking price: they may hardly be short of cash at Eastlands, but Onuoha still has three years left on his contract.

David Moyes paid over £11million to add Yakubu to his Everton squad in the summer of 2007, and a return of fifteen goals in 29 Premier League appearances made this look good business. However, hindered by fitness problems, the 28-year-old has since struggled to recapture his best form, and has only managed to get on the scoresheet ten times in his following 53 outings. A loan move to Leicester City last season saw him back to his old self, hitting ten goals in twenty Championship matches for the Foxes, and he is now due back at Goodison Park ahead of the new season.

Whether Moyes will give the Nigerian a fresh chance is open to debate, as the Toffees boss needs to offload from his squad in order to raise funds for his own transfer plans. Sven Goran Eriksson would welcome him back to the Walkers Stadium with open arms, but admits that the striker is likely to want to return to the Premier League where he has also starred for Portsmouth and Middlesbrough.

Sunderland, who badly missed Darren Bent’s contribution in the second half of last season following his shock transfer to Aston Villa, could be a decent option, despite Steve Bruce recently signing Connor Wickham and Ji Dong-won. Both are untried in the top-flight, and if Yakubu can rediscover his golden touch, he would guarantee a healthy goal return.

It is believed that Sunderland were so impressed with Jonny Evans following his loan spell at the Stadium of Light in 2008, they were prepared to pay as much as £15million to make his move permanent. Sir Alex Ferguson rejected this bid, due to his opinion that the Northern Ireland international can be the future of his Manchester United back four. Since then the 23-year-old has not made the progress expected, and last season he slipped to fourth choice centre-half following the arrival of Chris Smalling from Fulham.

Ferguson has now signed Phil Jones from Blackburn Rovers in a £16million deal, and he and Smalling could well form the future of the Reds central defence for the best part of a decade when current incumbents Rio Ferdinand and Nemanja Vidic hang up their boots. And this would beg the question of whether Evans, if he sticks around at Old Trafford, will ever truly command a regular place in the starting line-up. Whilst there is no indication United are looking to move him on, the player himself may decide that perhaps his future lies away from the Premier League champions.

A return to the Black Cats has been mooted, whilst Newcastle United and Wolverhampton Wanderers have also been credited with an interest in the past. Should any of these sides successfully persuade Ferguson to sell, it would be a good piece of business.

Nicklas Bendtner is in danger of becoming something of a figure of fun. He claims he should be a regular at Arsenal, or failing that, another of Europe’s superpowers. Yet he rarely delivers when given the opportunity – take, for example, the chance he was presented with against Barcelona in the UEFA Champions League last season which, had he taken, could have seen the Gunners progress to the last eight at the expense of the eventual champions.

The Denmark international has hinted he is prepared to leave the Emirates Stadium during the transfer window, and should a suitable offer arrive, Arsene Wenger is unlikely to stand in his way. However, he remains tied to a long-term contract and is valued at £10million by his manager, but has he done enough to warrant such a fee? Instead, the 23-year-old could be a better option as a loan signing, and he would receive more interest if he became available by this route.

If he wanted to stay in the capital he would be a chance worth taking for Fulham. Martin Jol wants to boost his forward line before the start of the season, and he could hand Bendtner a regular role in his starting eleven with the challenge of proving he is as good as he thinks he is. A move to Craven Cottage could also give him the chance to play in European competition, and perhaps repair the damage to his reputation caused by that miss at the Camp Nou.