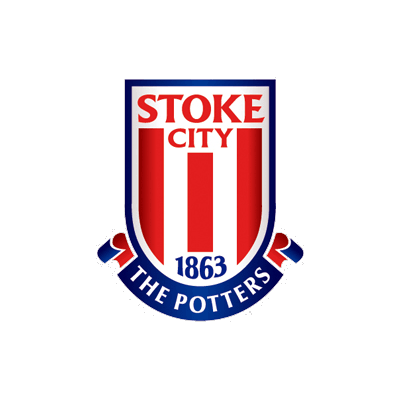 Jon Walters believes after four years of steady progress, now is the time for Stoke City to push on and secure a top-ten finish in the Premier League.

When Tony Pulis led the Potters back into the top-flight for the beginning of the 2008-09 season, it was the first time they were to compete with the elite of English football since the 1984-85 campaign. Survival was the main aim upon their return, and this was achieved comfortably with a 12th place finish and a nine-point cushion.

The following season they fared even better having ended the campaign in 11th place (47 points), followed by a 13th place finish (46 points) and, last season, they still avoided the drop by nine points despite their final standing in 14th. A lack of goals last term – no team scored fewer in the entire division – suggested a difficult season ahead, and they have only registered three times in as many games so far.

However, whilst they are still waiting for their first win of the new campaign they also remain unbeaten, and with the likes of Charlie Adam and Steven N’Zonzi joining before the window slammed shut, followed by Michael Owen, optimism remains high at the Britannia Stadium. Indeed, striker Walters believes this could be the season in which Pulis leads his team to a top-ten finish.

“We have a very strong squad here now, and there are a number of players for every position,” he told the official club site. “That can only be a good thing for the manager, because it gives him plenty of options coming into games and it also means that the players have to stay on their toes and keep producing the goods.

“To have enjoyed the success we have done over the last few years has been incredible, so it is important to keep moving forward like we have done, and try to get in to the top ten for the first time. That is the target now, and with the players we have here, there is absolutely no reason why we can’t achieve that. It won’t be easy, but it is a realistic aim for us given the quality we have here.”

Owen, meanwhile, insists he is fit and ready to make his debut for Stoke when Manchester City visit on Saturday afternoon. The former England international has a good record against the current champions, having scored a hat-trick past them in his Liverpool days and, in his first season at Manchester United, scoring a memorable stoppage time goal to secure a dramatic 4-3 win at Old Trafford.

The 32-year-old will likely line-up alongside Peter Crouch when Pulis selects his strongest XI. This is not a new combination, as they teamed up together for England on 16 occasions, chipping in with the same number of goals between them. And Crouch believes that if they can reignite their partnership at club level, they could yet play a part in Roy Hodgson’s 2014 World Cup qualifying campaign.