Stephen Ireland insists a relegation fight will not be on the agenda at Aston Villa this season, due in no small part to the arrival of a new manager. 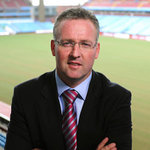 The Midlands giants finished last season just two points above the drop zone, which saw Alex McLeish sacked less than 12 months after his controversial appointment. Paul Lambert was always said to be the top choice to succeed the former Birmingham City boss, and Villa got their man when they agreed a compensation package with Norwich City in June.

Ireland insists the arrival of the 42-year-old, who won the UEFA Champions League as a player during his time at Borussia Dortmund, has lifted everyone at the club ahead of the new season. Indeed, the Irish midfielder is full of optimism for the coming campaign, claiming there will be no repeat of last term’s struggles.

“Our tactics in the last couple of seasons were clearly wrong because we were fighting relegation, but I’m really confident that’s not going to happen again,” he told the Birmingham Mail.  “The confidence in all the players is sky high at the moment. I think it’s going to be a really positive season for us at this club.

“I know he [Lambert] has only been here for a few weeks, but you can already tell that the players are developing. You can see the boys are willing to have the ball under pressure. There is no hiding place anymore, really. You can’t hide behind certain players or rely on certain players to win the ball anymore. We all have to do it for the team. I can already see players coming on in leaps and bounds, which is brilliant.”

In regards to a change of personnel since last season, Lambert has identified his back four as an area in need of strengthening. Holland international Ron Vlaar has joined from Feyenoord for a reported fee of £3million, the same amount which was paid to Sheffield United for right fullback Matthew Lowton. Elsewhere, Karim El Ahmadi has joined from the previously mentioned Dutch club for around £2million, and fellow midfielder Brett Holman has completed a free transfer from AZ Alkmaar.

This quartet of signings will do little to ease the worries of fans that saw their team score just 37 goals last season, a total which bettered only Stoke City of their other 19 teams in the division. An injury to star striker Darren Bent in February was arguably the reason for this, and whilst he is ready to begin the campaign, it has to be a concern if he suffers a setback of the ankle injury which ultimately forced him out of Euro 2012.

Villa start the season with a trip to promoted West Ham United on Saturday afternoon, before welcoming Everton for their first home game a week later.