Lille insist Mathieu Debuchy is no longer for sale after rejecting Newcastle United’s latest bid, but are the French club merely trying to accelerate an improved bid? 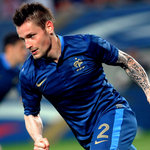 Alan Pardew is in the market for a new right fullback, with Danny Simpson still stalling over a new contract. The former Manchester United youngster claims he wants to remain at St James Park, but with just 12 months remaining on his existing deal, he will likely be sold this summer if a) he doesn’t agree fresh terms, and b) the Magpies find a replacement.

In regards to the latter, the Premier League side have been chasing Debuchy for some time, an interest which intensified when the 27-year-old impressed for France at Euro 2012. Lille described Newcastle’s opening bid for the player as unacceptable earlier this summer, and their second attempt, tabled in the past 24 hours, has also been dismissed. It is believed the offer consisted of conditions which would have totalled the requested valuation; the Ligue 1 club, however, are holding out for a straight deal at around £6million.

Les Dogues president Michel Seydoux now insists Debuchy is no longer available for transfer this summer, explaining to L’Equipe:  “I have decided that Mathieu Debuchy will remain at LOSC. The offer from Newcastle is definitely not at the value of the player. For Mathieu Debuchy to leave, it would have taken the offer to be consistent and commensurate with his replacement. As the conditions are not met, it is my duty to make a decision.”

Lille will remember how they lost another Les Bleus star, Yohan Cabaye, to Newcastle last summer, when Pardew landed him for a bargain £4.8million. The 26-year-old has since gone on to establish himself as one of the best midfield players in the top-flight, and perhaps Seydoux feels that if the Magpies are going to take another of their star players, they will have to meet his demands without condition. And although he now claims Debuchy will stay at the club, his resolve could yet soften should the Tyneside outfit comply.

If, on the other hand, Pardew decides to look elsewhere, it has been reported this week that one potential option could be Gregory van der Wiel. The Holland international, who has also been linked with Chelsea in the past, saw a move to Valencia collapse in the New Year, and the Spanish side are yet to renew their interest. The 24-year-old, like Simpson, is down to the final year of his contract, but Ajax’s valuation is unlikely to be too far from that Lille have of Debuchy.