Louis van Gaal has slammed Manchester United’s wastefulness in front of goal as they crashed out of the League Cup to Middlesbrough on Wednesday.

Following the goalless draw at home to Manchester City on Sunday the Reds fired another blank against the Championship side, despite having a number of chances to see off the visitors both in normal time and the additional thirty minutes. And United were made to pay for their lack of filler instinct as Boro went on to win 3-1 following a penalty shootout.

“When you are not finishing the chances – and they were very easy chances in front of the goal or in front of the goalkeeper – then it is very difficult to win a game,” said van Gaal. “I am so disappointed. We create so many chances in the second half and in extra-time and we couldn’t finish. You have to finish. The goal is the most important thing in football and we didn’t do it.

“You can say it is unlucky but that I have said already after [Manchester] City also because that was also 0-0. You have to force the luck also, we didn’t do that because we didn’t score. That’s why I’m disappointed. My players have given everything and that’s why I am also proud of them because until the end they have done it. Penalties is a casino – you never know.”

Wayne Rooney’s poor season continued as he was one of three players, along with Michael Carrick and Ashley Young, to fail to convert from 12 yards. It has to be said that Middlesbrough also had chances to score during the match, and had a Daley Blind own-goal ruled out for offside, and Aitor Karanka believes his side fully deserve their place in the quarter-finals.

Boro have been rewarded for their Old Trafford heroics with a home match against more Premier League opposition, Everton, in the last eight. Liverpool, who delivered Jurgen Klopp’s first win at the club with a 1-0 success over Bournemouth, will travel to Southampton. Stoke City, meanwhile, host Sheffield Wednesday, and Hull City go to favourites Manchester City. 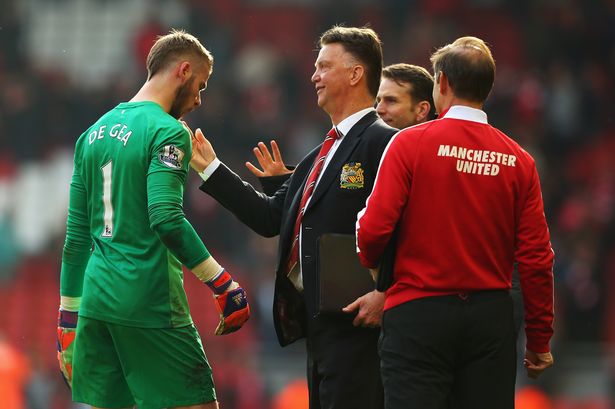