Manchester United have missed out on the signature of Lucas Moura, nine years they also failed to land another Brazilian international star. 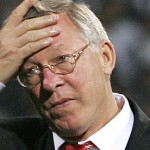 With David Beckham heading for Real Madrid back in the summer of 2003 for £25million, Sir Alex Ferguson was determined to land a marquee signing to make up for the loss of the England ace. And his top target was undoubtedly Ronaldinho, who would have become the first player from Brazil to represent the famous Old Trafford club.

And for a while, it looked as though the Reds boss would succeed. The Paris St Germain forward had spoke of being flattered to be linked with the Premier League champions, even going as far as to state his confidence of clinching the move ahead of the new season.

To cut a long story short, negotiations over the transfer became frosty: United entered a battle with Barcelona for the 23-year-old, and learning that the Spaniards were only willing to pay £18million, chief executive Peter Kenyon reduced the Reds’ bid of £20million. This angered PSG, who also accused the English side of approaching the player without their permission, and eventually he joined the Camp Nou side in a £21million switch.

Ronaldinho went on to enjoy five fruitful years in Catalonia, winning two league titles and a UEFA Champions League, whilst earning the crown of European Footballer of the Year once and FIFA World Player of the Year twice. United, meanwhile, signed a relatively unknown Portuguese kid by the name of Cristiano Ronaldo, who could also play a bit.

Nine years on, and Ferguson has again missed out on a Brazilian target. Lucas Moura is regarded as one of the best talents in South America, and had been linked with a move to Old Trafford for much of the summer. In recent days it had looked increasingly likely that United would land the Sao Paolo starlet, with an offer in the region of £30million thought to be enough to clinch a deal.

However, it emerged on Wednesday that the 19-year-old was not Manchester-bound and would instead sign for PSG, despite coach Carlo Ancelotti stating last week that his spending spree for the summer was over. And just to add to United’s frustrations, Lucas’ agent has revealed that a deal had been agreed with the Reds, until the forward was contacted by the Ligue 1 club’s sporting director and compatriot Leonardo.

“Everything was agreed between Sao Paulo and Manchester United,” Wagner Ribeiro confirmed to UOL on Thursday. “The contract had been written (and) just needed to be signed. But then Leonardo called me and asked to talk to Lucas, and they talked.

“Leonardo was helped by the fact he is Brazilian. He was very gentle with Lucas. The possibility of living in Paris – which is a much more pleasant city than Manchester – also influenced his decision. But it was PSG’s project that impressed Lucas.”

It is thought the French club will pay a staggering €45million (£35million) for the teenager, as they look to wrestle the league title from Montpellier and also make a splash in the Champions League. Such a fee would have beaten United’s club record £31million, paid to Tottenham Hotspur for Dimitar Berbatov in 2008, and the deal has stunned Ferguson.

Indeed, it has been a hectic summer for PSG and their Qatari owners. Thiago Silva, Zlatan Ibrahimovic, Ezequiel Lavezzi, Marco Verratti, and now Lucas have all been signed since last season, for a combined amount of some £130million. If Ancelotti thought he had it good at Chelsea, he must be in dreamland in the French capital.

As for Ferguson, how he would love to uncover another Cristiano Ronaldo.