The Sun cruelly mocked Roy Hodgson on the first morning in his new job, but the outrage this caused proved that everyone is ready to get behind the new England coach. 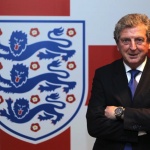 It’s unlikely to be contained in the job description, but it probably doesn’t need to be. If you’re going to be appointed as the England manager, you know you are going to get a rough ride from the very same press that should be supporting you. Graham Taylor knows this better than most, but then Sven Goran Eriksson is also aware of it, as is Steve McClaren and even Sir Bobby Robson, who was once greeted with headlines of ‘In the Name of Allah, Go’ – after a friendly draw with Saudi Arabia, two years before a semi-final appearance at the 1990 World Cup.

The thing with much of this harsh criticism is that it largely centres around what actually happens on the football pitch. Taylor was lambasted for his failure at the 1992 European Championship and his inability to lead the team to the United States two years later. McClaren was the ‘Wally with the Brolly’ after that disastrous rain-soaked evening at Wembley when Croatia, and not England, progressed to Euro 2008. Eriksson may have had his faults, but his record now sets him out as the most successful coach the FA has appointed since Robson: quarter-finalists at Euro 2004, and the same stage in the 2006 World Cup.

But with Hodgson, the criticism has come before the first ball of his reign has even been kicked. He may not have been the popular choice amongst fans, many of whom had clamoured for Harry Redknapp, the Tottenham Hotspur manager who has the grand total of one FA Cup to his name (unless you count an old Division Three title with Bournemouth in 1987, a second tier triumph with Portsmouth in 2003, or the Intertoto Cup with West Ham United in 1999). Even Alan Pardew, the current flavour of the month due to taking Newcastle United to the brink of UEFA Champions League qualification, would have been preferred by some.

The FA, though, plumped for Hodgson, the man supposedly short on charisma but full on experience. A man who has coached club sides with varying degrees of success in Sweden, Switzerland, Denmark and Norway, not to mention two of the biggest on the planet in Liverpool and Italy’s Internazionale. Boring old Roy, who led the Swiss to the last 16 of the World Cup in 1994 and also has international experience with Finland and United Arab Emirates.

When in Sweden, he won championships with both Halmstad and Malmo, the latter of whom once offered him a lifetime contract, and he also won the title during his time in Denmark with FC Copenhagen. He took Inter to the Uefa Cup final in 1997, when they lost on penalties to Schalke, and he left when a third placed Serie A finish was deemed insufficient the same year. 13 years later he took Fulham to the final of the same European competition, now branded the Europa League, but couldn’t guide them past Atletico Madrid.

He hasn’t always had such success. He lasted barely four months in what would have been his first full season in charge of Blackburn Rovers, although he did guide them to a sixth place finish and European football having taken over in the previous October. He was sacked by UAE three months short of his second anniversary in charge, following a fifth-place finish in the Gulf Cup of Nations (he later claimed that during his time in the Far East his career was at a crossroads, yet the experience enriched him all the same). And then there was his sacking at Anfield when he made way for Kenny Dalglish, a decision which, if you take away this season’s Carling Cup success and FA Cup final date, has yet to bear fruit when the Holy Grail of a first league championship since 1990 is examined.

So, all things considered, maybe Hodgson for England isn’t a bad option after all.

However, when Roy Hodgson woke on what would have been the proudest morning of his career, he was met with a headline which can only be described as bullying. Ignoring the 64-year-old’s experience and achievements, or simply opting against offering some encouragement to the man charged with trying to end a nations 46-year wait for a trophy, The Sun instead decided to dedicate their front page to his speech impediment. “Bwing on the Euwos! It screamed, before adding “We’ll see you in Ukwaine against Fwance.”

The reaction that followed condemned the tabloid. Fans – many of whom admitted they wanted Redknapp in charge – called radio stations to voice their anger, and more than 100 people complained to the Press Complaints Commission. The FA wasted little time getting in touch with the paper’s management to let their feelings be known, whilst a number of players past and present, including Gary Neville, took to Twitter (his brother Phil, the current Everton captain who won 59 caps for England, labelled the headlines “disgraceful”).

And it is such outrage that perhaps gives an indication that whilst Hodgson may not have been the popular choice amongst a large portion of fans, journalists and pundits around the country, this won’t stop them getting behind him from the moment he selects his team to face Norway in the first friendly of his reign later this month. He is wise enough to know this is likely to change if England get trounced in the European Championships this summer and then he fails to make a fist of the qualifiers for the 2014 World Cup, but then at least he will be getting judged on the only thing he should be getting judged on: football results. Because to judge him on anything else, particularly any personal impediment, is not only irrelevant, but more to the point, it is also plain unacceptable.