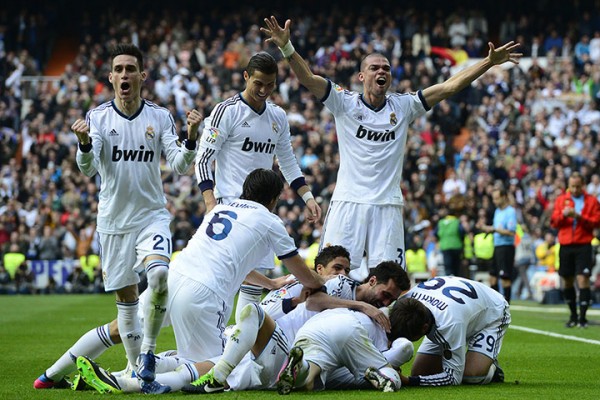 The Spanish giants looked to be facing an uphill task when they could only draw with Manchester United at the Bernabeu in their second round first leg clash last month, but they came from a goal behind to beat the Premier League side 2-1 at Old Trafford in the return. This has renewed optimism in the capital that a tenth crown could be theirs this season, which would also be their first since winning it in Glasgow in 2002.

However, there is still plenty of competition for the trophy.

Barcelona flexed their considerable muscle on Tuesday, when they overcame a 2-0 first leg deficit to blow Milan away 4-0 at the Camp Nou. Andres Iniesta has described this as ‘one of the most complete games’ he has played in; Dani Alves hailed the performance as ‘magical’; whilst David Villa demonstrated the confidence now running through the players by declaring they are willing to take on any of the remaining teams in the last eight.

Bayern Munich, meanwhile, were fortunate to make the quarter-finals after meekly surrendering 2-0 to Arsenal at the Allianz Arena on Wednesday. But they showed their quality in the first leg against the Londoners, and ultimately, their 3-1 win at the Emirates Stadium proved enough to see them progress over two legs.

Another German side, Borussia Dortmund, are also considered to be amongst the favourites for the tournament. Jurgen Klopp’s men may have all but relinquished their Bundesliga title to Bayern this season, but few would back against them becoming champions of Europe for just the second time, following their previous success of 1997.

Antonio Conte’s Juventus, meanwhile, will also fancy their chances after brushing aside Celtic in the last 16. The Italian giants look set to win their second successive Scudetto this term, but they are desperate to improve on a record of just two Champions League wins which, for a club of their standing, seems a woefully short number.

Elsewhere, mega-rich Paris St Germain – containing Zlatan Ibrahimovic, Ezequiel Lavezzi, Lucas Moura, David Beckham and co – cannot be underestimated, and Malaga, including their brilliant talisman Isco, are also potential dark horses to triumph at Wembley. And what of Galatasaray, who can boast Didier Drogba, Wesley Sneijder and eight-goal Burak Yilmaz in their number, not to mention one of the most hostile crowds in Europe?

But despite this competition, former Holland international Seedorf can’t see past Real. Los Blancos may be 13 points behind Barca in La Liga, but they have twice beaten their great rivals in recent weeks: in the league at the Bernabeu, and in the Copa Del Rey at the Camp Nou. And after following this up with the win at Old Trafford, confidence is high.

“Real Madrid have a great chance of winning the Champions League,” the 36-year-old, who now plies his trade in Brazil with Botafogo, told Marca. “Hopefully they will be a little more fortunate in the next draw, but they will still remain favourites for me.”

Seedorf knows a thing or two about winning the Champions League, having lifted it four times with three different clubs, so his opinion certainly carries some weight. It may also be worth remembering, though, that one of these successes came whilst wearing the white of Real Madrid, and as his two other winning clubs are out of the competition – Ajax and Milan – he may have a slight preference towards Jose Mourinho’s side. 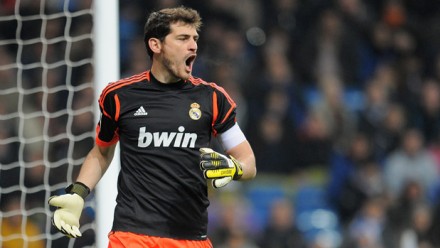