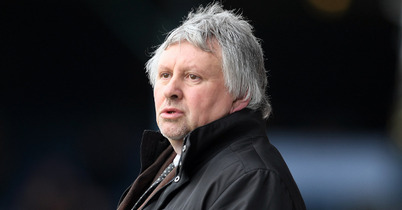 Paul Sturrock will still lead Southend United out at Wembley in the Johnstone’s Paint Trophy final next month, despite picking up his P45 on Sunday afternoon.

Sturrock took charge of the Roots Hall club back in the summer of 2010, and he led them to the League Two playoffs last season where they lost to Crewe Alexandra over two legs. The 56-year-old was tasked with earning promotion this term, but their recent poor form has seen them slip to ninth place in the table, some six points off another shot at the playoffs.

Although the Shrimpers were unable to improve their standing this weekend after their clash at Rochdale fell victim to the weather, it is evident the board had been considering his position due to their recent slide. And on Sunday, chairman Ron Martin released a statement to confirm that Sturrock had been sacked, with a replacement expected to be announced on Monday.

The statement read, in part: “The decision I have had to make today was a very hard call but one I instinctively know is correct and in the best interests of Southend United. The primary objective last season and again this season was promotion. We came up short last season and the recent results against relatively lowly teams have not been good enough.

“Our investment has enabled the manager to have more quality players at his disposal than most teams in the League. However the form, just as it did last season, has dropped off when we should have been pushing for automatic promotion. No matter how much I personally wrestle with the positive arguments (Paul is experienced, a nice man, honest and likeable) my responsibility is to bring success and growth to your club.

“If the club were to appoint a different manager during the close season the new man would have no opportunity to assess the ability of the current squad and we would start next season with uncertainty. The club needs to hit the ground running from day one with absolute focus on the task in hand, so the club will appoint a new manager tomorrow to ensure the club’s interests are protected and advanced both now and from the first day of next season.”

Bizarrely, Martin also went on to explain that Sturrock has been told he can lead the team out at and manage them at Wembley against Crewe on April 7, having guided them to the JPT final, and that the Scot has accepted this offer. By this time, it is expected that Phil Brown, the former Hull City and Preston North End manager, will be installed as his replacement as permanent boss.